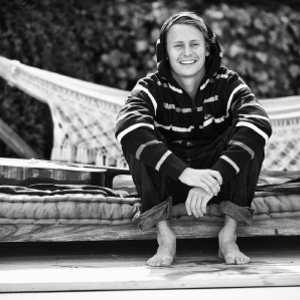 Ben Howard (born 24 April 1987) is an English singer-songwriter, born in London. He moved to Totnes, Devon, in his teens. Howard's musically-inclined parents exposed him at a young age to their favourite records from singer-songwriter artists such as Bob Dylan, Nina Simone and John Martyn. Howard began writing his own songs and after a short spell studying journalism, he decided in 2009 at the age of 21 to become a full-time musician.

After building up a reputation with his gigs across the UK, Howard was eventually asked to sign to Island Records. His first album, Every Kingdom, was released on October 3, 2011 and debuted at #7 on the UK album chart.

He is characterised by his odd way of guitar playing. He has toured with Australian artist Xavier Rudd.

"I was brought up in Totnes, South Devon, neatly nestled between the moors and the sea.

I travel lots, surf when I can, probably drink too much, definitely think too much, and at 22 still make irrational choices. I like the outdoors and the Autumn. I'm happiest at home with friends, and my favourite fruit would have to be a pear.

Musically I started playing and writing as a kid and it's maybe the one thing that's never changed. Mum was a big listener to all the greats- the likes of John Martyn, Joni Mitchell, The Rolling Stones, Simon and Garfunkel, Donovan etc so that's played a big part in my life (Dad was more of a Yes and Pink Floyd man). Our tape collection is pretty good:)

More recently I dropped out of University to play music full time and it's been pretty funny so far. I've been really fortunate to support some artists I really admire.. I went to Europe with Xavier Rudd back in December 08, shared a stage with Brett Dennen this spring, and have been playing a few dates around Europe with Fink this summer.

So I thought I'd leave it at that really. Keep it short. Really hope you all enjoy the tunes on here..
Much love from Devon,
Ben. "
www.benhowardmusic.co.uk.

Collections From The Whiteout CD2

Collections From The Whiteout CD1

I Forget Where We Were

I Forget Where We Are

I Forget Where We Were (CDS)

Keep Your Head Up (CDS)