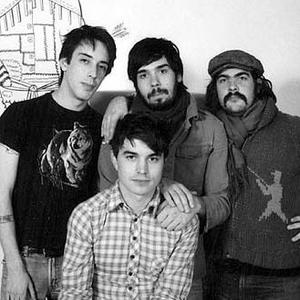 Dante DeCaro (formerly of Hot Hot Heat and currently of Johnny and the Moon) joined in Summer 2005 as second guitarist and percussionist. Though expected to perform again, the band announced their indefinite hiatus on November 27, 2010.

Wolf Parade released their eponymous debut EP in 2003 with only Spencer, Dan and Arlen performing on it. After Hadji joined the group, they released another independent, self-titled EP in 2004. They were signed to sub pop by Isaac Brock of Modest Mouse and released their first widely-distributed record, Wolf Parade EP. In September 2005 their debut album Apologies to the Queen Mary was released.

Apologies To The Queen Mary