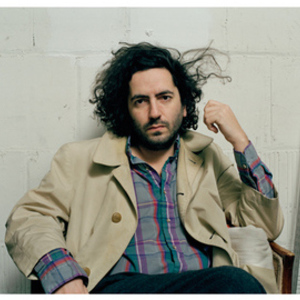 There is more than one performer with the name Destroyer. 1) Dan Bejar started Destroyer as a solo home-recording experiment in the early to mid 90s. Working alone, and at his own pace, Bejar dabbled in four tracking and worked to develop his style and vision. He was meticulous in reworking songs again and again until he found confidence in his music and his voice. By 1996 he had culled enough material to release his debut full length, We'll Build Them A Golden Bridge. Stripped down lo-fi electric folk, Golden Bridge introduced Dan as a major new talent in Vancouver.

1) Dan Bejar started Destroyer as a solo home-recording experiment in the early to mid 90s. Working alone, and at his own pace, Bejar dabbled in four tracking and worked to develop his style and vision.

He was meticulous in reworking songs again and again until he found confidence in his music and his voice. By 1996 he had culled enough material to release his debut full length, We'll Build Them A Golden Bridge. Stripped down lo-fi electric folk, Golden Bridge introduced Dan as a major new talent in Vancouver.

In 1998 Bejar added a rhythm section to Destroyer and headed into a real studio for the first time to record City Of Daughters, a sparsely produced but engagingly vibrant batch of songs in which Bejar's unique and inventive lyrics began to evolve into an obtuse and poetically original voice.

Destroyer expanded once again in early 2000, this time rounding out into a quintet for Thief, the third album, which provided an expanded canvas for Bejar's cryptic and scathing indictments that warned of the pitfalls and pratfalls of the modern music industry (or at least that's what everyone claimed he was singing about; Dan offered no explanations).

By the time Streethawk: A Seduction hit the streets in 2001, the groundwork had been laid and a maelstrom of critical acclaim flowed all around. Streethawk was a highly refined and biting condemnation, a harsh satire of popular culture, an idea and conception honed to razor sharp perfection.

So where does Destroyer go from here? how does one top a masterpiece? Well, Bejar packed up and left Vancouver, heading off for a year in Montreal and later Madrid, effectively disbanding the group and starting over from scratch.

When he returned from the wilderness, so-to-speak, it was with sprawling bombast and an obvious disdain for restraint or expectations. This Night, Destroyer album number 5 and Bejar's debut on Merge Records, was released in the fall of 2002 and continued to raise the bar, confounding perceptions of what exactly Destroyer was, or could be. Epic and sprawling, it was the perfect foil to Streethawk's sleek and refined approach. An unapologetic send up of rock and roll excess and conceit, This Night confused and amused in equal portions.

But it was not long before Bejar was busy cooking up plans to turn the tables once again. Your Blues turned everything on its head with a vainglorious retreat from the American rock tradition. Released in the fall of 2004, Your Blues was a MIDI-synthesizer symphony celebrating an exercise in old-world excess, exploring what Bejar dubbed ?European Blues?.

When Dan decided to take Your Blues on the road for the most extensive touring of Destroyer's career, he tore it all down again. Not even attempting to recreate the synth-heavy extravagance of the recordings, Bejar instead recruited Victoria spazz-rockers Frog Eyes as his backing band, rebuilding the songs from scratch for the live performance. The results were chronicled on the Notorious Lightning And Other Works EP, released in the spring of 2005.

Over the more than 10 years that Dan Bejar has been performing and recording as Destroyer, there have been numerous lineup changes and shifts within ?the band?. This ever-evolving shuffle of musicians has led some to consider Destroyer as a solo project, but Dan has always insisted that he sees Destroyer as a band, with full contributions from his collaborators. Admittedly he's just never been very good at the logistics of keeping a band together.

All that is about to change as Bejar assures us that the current line-up of Destroyer that emerged from the recording sessions for Destroyer's Rubies shall be the definitive and permanent line up for the band from this point forward. Many members here have performed with Bejar in one form or another before, some on previous Destroyer albums. From the sound of things on this record, it will be a band to be reckoned with. We would also be remiss not to point out that the glue that holds all of this together are Dan's longtime collaborators, the production team of JC/DC (John Collins and Dave Carswell).

A new year, 2006, marks the return of Vancouver's Dan Bejar with his seventh full-length release under the moniker Destroyer. If there has been any precedent set or pattern developed over the previous six recordings in the Destroyer canon, it's that Bejar holds little regard for convention or expectations. Never one to rest on laurels, each successive Destroyer release always explores new sonic territories and ideas.

The new album is titled Destroyer's Rubies and the opening track, ?Rubies,? sets the tone well. It's 9 and 1/2 minutes long, a sprawling epic that opens with the phrase: ?Cast myself towards infinity, trust me, I had my reasons" the perfect summation of the Destroyer aesthetic.

Destroyer's Rubies is a collection of shrewd pop music that takes no prisoners and asks no pardons. Equal parts cynicism, disdain, hope and humor; self-referential, self-mocking, sagacious and coy. There is mythology here, there is history, there is heartbreak and there is triumph. Follow along as Bejar leaves his breadcrumb trail twisting through the crumbling forests and bleak landscapes of modern popular music. It's all heady and ecstatic. Trust him, he has his reasons.

Bejar's Dylanesque flare for biting and sardonic wit and his nods to the glam and bombastic folk approaches of early Tyrannosaurus Rex and Bowie recordings have clearly distanced Destroyer from the more straightforward pop of his ?other? band, The New Pornographers. But you can hear a few more colloquial pop hooks seeping into the formula here, just to sweeten the pot. Bejar himself claims that influences on Destroyer's Rubies come from the works of Kevin Coyne, Kevin ?yers, Kevin Rowlands, Kevin Junior? pretty much anyone named Kevin.

Speaking of those New Pornographers, fans and critics have often tried to decipher the extent of Mr. Bejar's contributions to their favorite Canadian supergroup (ack!), but he has always maintained a distance and mystery about his level of involvement. The truth is his participation has consisted of a few songs contributed to the cause over the years, and a few vocal performances on record. Bejar does not consider himself an official member. However, in the fall of 2005 Destroyer did head out on the road for a support slot on the New Pornographers North American tour, and Bejar was persuaded to perform a few songs live with the Pornographers for the first time in years. He blames it all on the wine backstage.

More information on Destroyer, along with fan communities, may be found at the Destroyer wiki and at Streethawk.

Destroyer's new album can be streamed for free at Merge Records.


2) Destroyer is a Polish thrash metal band composed of: