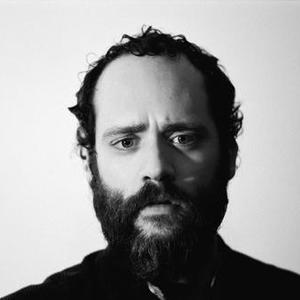 Benjy Ferree is a singer/songwriter from Prince George's County, Maryland. Though his songs are reminiscent of American Roots Music, Ferree's influences hop all around. Ferree's band consists of Amy Domingues of Garland of Hours (Cello), Jonah Takagi of Garland of Hours, (Bass guitar), Drew "Feather" Mills of The Blood Feathers, Espera and Big Jangle(Guitar, vocals). and Laura Jean Harris of The Aquarium (Drumkit).

There are those moments as music fans when you hear something that you instantly feel is substantial and profound. Leaving The Nest is one of those records, with surefooted timelessness in an era of trends being cycled and recycled through at an exhausting speed. Musical and historical ghosts of The South haunt the corners of this album like a Faulknerian travelogue while bringing to mind the works of Terrence Malick, whose movies leave it to the viewer to find their own meaning in all the ambiguous beauty.

The cinematic element is by no means an accident. Many of these songs have origins and inspirations taken from films, much like a detail taken from a painting. Furthermore, Benjy was inspired at an impressionable age by Will Oldham: not to rock, but to act, thanks to young Will's performance in John Sayles' Matewan. The movie held a special attraction to Benjy as his family originated from the film's West Virginia setting and characters in the movie were based on flesh and blood (The Hatfields of that famous familial squabble, if you must know). After high school, he moved straight to Los Angeles to pursue "the craft," supporting himself in a variety of service industry jobs (including a stint as an au pair). Frustrated with his experiences there, Benjy returned to The Mid-Atlantic. While bartending at The Black Cat in DC, he was befriended and encouraged by Brendan Canty (Fugazi), amongst many others, to focus instead on the songs Benjy had been writing for his own personal enjoyment.

Come Back To The Five And Dime Bobby Dee, Bobby Dee