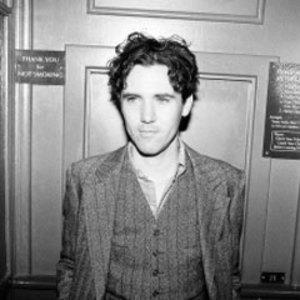 Cass McCombs (born: 1977) is an American musician whose styles range from the anxious dronals of the Velvet Underground to lonesome hollowed out basement folk with many turns in between. On his most recent effort there is a prevalance of 1980s influence a la Morrissey. His lyrical style is vivid and weary, but will often drift into the high-spirited and whimsical. McCombs was born in Concord, California.

McCombs was born in Concord, California. Before starting his music career he worked for a time at the Park Theater, a vintage movie theater built in 1944 in Lafayette, California. At the age of 23 he set off for the East Coast and began networking and performing open mics in New York City and Baltimore. He has spent most of his life traveling the United States, moving from one city to the next, settling at one point in Baltimore, where he recorded his debut E.P. Not the Way which was released in 2003 by local indie label (Monitor Records). He toured the U.S. sporadically sometimes with fellow label mates OXES as his backing band. His following two full length records A (Monitor) and most recently PREfection (released on the legendary 4AD Records label) have earned him several European tours, and an opening spot on Modest Mouse's North American tour.

Tip Of The Sphere

Big Wheel And Others