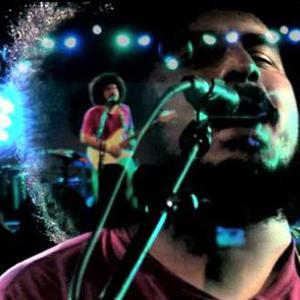 The son of Ecuadorean immigrants, Roberto Carlos Lange was born in South Florida in 1980. His childhood was suffused with tropical heat, humidity, hurricanes, all refracted with the rich sounds and colors of the various Latin American cultures of southern Florida. Pounding bass beats from passing cars, boom boxes bouncing down the block, and late-night parties called "pe?as" provided a foundation for Lange's interest in sound and lifelong quest to discover the unlimited variety of objects used to produce music.

Over the last few years Lange has collaborated with prominent visual and sound artist David Ellis to compose a new series of kinetic sound sculptures. These include typewriters that self-type the lyrics to Grand Master Flash's "The Message" (in rhythm to the song, none-the-less), musical owls drawn out of liquor bottles, owl costumes made out of straws, flying musical birds, motion paintings, and trashcans (full of trash) that are actually living drum machines. Lange has also worked with Paul Duncan and Bear in Heaven as well as famed music producer Guillermo Scott Herren to produce Prefuse 73 and Savath and Savalas as an active member and contributor.
...more

If that was not enough, Lange's other projects include ROM, Epstein, and Helado Negro. Epstein is Lange's ?beats and loops? project, a friendly beast born of the MPC sampler. Epstein's wildly prolific output, including a series of digital releases, full-lengths, and a remix album, is a gauzy, sunny kind of dancemusic that references DJ mixing, summertime blockparties, and mellow compositional noise. Helado Negro came together when Lange moved to New York in 2006 (he now calls Crown Heights, Brooklyn home). The early group concept grew through projects and experiments Roberto would conduct while recording himself and others in his home studio. Loops, computer synthesis, record samples, and live instruments provided the foundation for the first full-length, Awe Owe, a vibrant, shimmering, full-band Latin psyche-funk-folk epic.

After taking time to create a new series of sound sculptures, release a Helado Negro EP, score one film and begin work on another (based around his animation), Lange recently holed up in a cabin in the Connecticut woods to record the follow-up to Awe Owe. Canta Lechuza is the latest incarnation of Helado Negro and its sound may come as a surprise. Gone is the big collaborative group jam of previous work and in its place is Helado-Negro-as-intimate-solo-project. Canta Lechuza feels like the place it was recorded?its vocals and beats and synth lines coming together to craft a warm, buoyant, comforting electronic dance sound, an effortless, personal thing anchored by Lange's warm, earthy, conversational voice. Based around field recordings and live instrumentation fed through computer processing, Canta Lechuza is a thoroughly modern affair, a thing drenched in texture and mood. The album has the feeling of hibernation, of satisfying days spent keeping warm next to the fire, of hot tea and technology as constant companions. It's the kind of record that feels good to hear alone, but throw it on at your next danceparty and you will have no complaints. This is the world Roberto Carlos Lange. Keep an eye on him. He'll always have a surprise for you...

This Is How You Smile