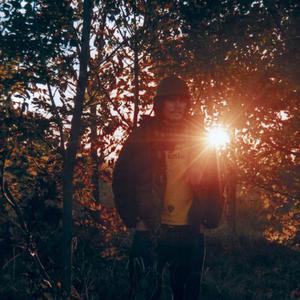 Bibio is Stephen James Wilkinson from Wolverhampton, England. Wilkinson studied 'Sonic Arts' between 1999 - 2002 at Middlesex University in North London, it was during this time in London he came up with the name Bibio. The name was taken from a small black and red fishing fly which was favoured by his father on their fishing trips to Wales during Stephen's childhood, the name therefore has nostalgic meaning which is often a theme in his music.

His recording career as Bibio started with Mush records in 2004. His Mush releases consist of 3 albums and 1 EP. In 2009 he signed to Warp records and so far has released a further 2 albums, an EP containing remix contributions from other artists and several singles. Bibio's music combines electronic and acoustic/traditional instruments, his main instrument being guitar. Bibio's signature 'grainy' sound is partly due to the use of analogue tape and vintage recording equipment, which is more exaggerated in his earlier Mush releases. Wilkinson himself labeled his debut on Mush as "Saturated Folk". Bibio's recent output, particularly on Warp, has been more diverse, with an increasing use of his own vocals, drums/beats and electronics. His Mush debut 'Fi' was described by Marcus Eoin of Boards of Canada as: "The antidote to the modern laptopia of pristine electronic music...". In 2009, Bibio contributed a cover version of Boards of Canada's 'Kaini Industries' to the Warp 20th Anniversary 'Recreated' album.

Sleep On The Wing

K Is For Kelson