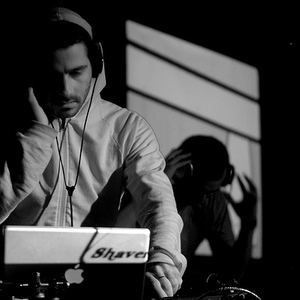 Telefon Tel Aviv is a Los Angeles-based group formed in 1999 by Josh Eustis and the late Charlie Cooper, originally based in New Orleans, and then Chicago before Cooper's death. The two met in high school, but did not begin working on music together until after university studies. Since 1999, Josh and Charlie had been working to cultivate their sound, based largely in electronic music, but that also showed flourishes of classical, vintage soul, ambient drone, and noise, among other things.

The group continues as a mostly solo project of Josh Eustis after Charlie Cooper's death in January 2009.

In early 2000, the duo collaborated with Danny Lohner, Trent Reznor, and Alan Moulder on several remixes for Nine Inch Nails's then-to-be-released remix EP, Things Falling Apart. Shortly thereafter, Telefon Tel Aviv resumed work on their debut LP, Fahrenheit Fair Enough, for Chicago's Hefty Records, while at the same time completing the original score for the film Newport South. In 2002, the duo paired with L'Altra's Lindsay Anderson to release an EP featuring the single, Sound In A Dark Room. Work on the sophomore LP, Map of What Is Effortless, was completed in summer of 2003. On May 15th of 2007, a retrospective of their remix work for other artists was released on Hefty Records. Work on their third LP had been ongoing since late 2006 and wrapped up with the album Immolate Yourself's release on January 20th, 2009.

Over the past few years, together and separately, the duo completed production work for many other artists, including Marc Hellner/Pulseprogramming, L'Altra, The Album Leaf, Apparat, Belong, The Race, and others. They built a studio in Chicago to work on all of their projects.

Charlie Cooper passed away on Thursday 22nd January 2009, after taking an accidental overdose of sleeping pills. Josh Eustis later posted a confirmation on the band's Myspace page and the Telefon Tel Aviv website still shows an epitaph for Cooper. Josh continues to play Telefon Tel Aviv songs live as a duo with close friend Fredo Nogueira, but has said that the future of the band as regards recording new material remains uncertain.

Dreams Are Not Enough

Map of What is Effortless