Sounds From The Ground 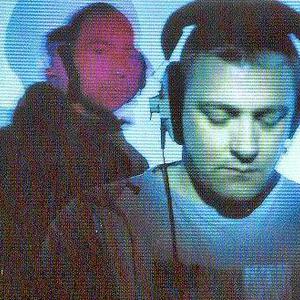 UK duo Elliot Morgan and Nick Woolfson make some of the most stunningly rich, dynamic, bass-heavy downtempo instrumentals on the planet. They are pioneers of ambient dub, an exotic style first championed by defunct UK label Beyond Records and then picked up and continued to this day by North American label Waveform. Although dub in its original form is the tripped-out instrumental flipside of reggae, there is quite often no overtly Jamaican flavour to Morgan and Woolfson's work.

The dub element is more in the recording techniques (looping, echo, etc) and lovingly produced basslines that rumble, slide and snake their away around the room with enormous presence. Neither is the duo's take on dub the minimalist approach of modern purists. They concoct soulful, exotic and tuneful widescreen panoramas, wound together with muscular rhythms and big, crisp drum loops that sometimes have a tribal or ethnic edge. Rhythmic downtempo from the psychedelic trance scene owes quite lot to these guys: listen and learn.

The debut Kin (1996) immediately marks the pair as artists with extraordinary melodic gifts. Listen to Triangle as just one example of their ability to build and layer multiple lines with the kind of finesse summoned by Berlin's old-school ambient trance pioneers. Explorations of tones and melody seem to be at the centre of everything that Sounds From The Ground creates. This is not listening electronica that alienates - it seduces, humanises, liberates. What's more, despite rarely being over the 100 bpm tempo mark, it makes you want to dance.

Terra Firma (2000) shows the duo expanding their horizons - not that they were ever narrow to start with - and succeeding in everything they try their hand at. Marshmello is a piece of 21st century jetset lounge that wouldn't sound out of place in a James Bond film, while the electric piano groove and brass flourishes of The Cut suggest a nod to nujazz. The creeping grooves of Bodega Bay, Drugstore and Rye explore a kind of brooding emotional twilight that's neither happy nor sad and yet utterly compelling.

The female vocals of Natural Selection (2003) marked an unexpected and not particularly interesting attempt at a pop-orientated collection. Fortunately the duo's fourth album Luminal (2004) followed a year later and is a solid return to form. This time the dark side looms larger than on any other SFTG album, but depressing it is not. Tumbledown ropes in pedal steel player BJ Cole whose liquid guitar lines lift the crunching, snails-pace groove into a strange and beautiful realm. Move On proves that lyrics on ambient dub tracks are just fine, playing a filtered female vocal against shimmering keys and a slow techy groove and suggesting that (gasp!) trip hop is alive and well in 2004. As before, nearly every track on Luminal is a mini-epic and that's particularly true of the album's closer. The slowly unfolding London Fields is one of the best sunrise anthems Orbital never made, with ghostly looped chords that morph ever so gradually into a 120 beats-per-minute broken beat blissfest.

More recently SFTG released High Rising (2006), Bright White Light (2008) and The Maze (2010) as well as several EP's and remastered re-releases of older albums. That a period of more than a decade separates Kin and The Maze is irrelevant because Sounds From The Ground really doesn't belong to any decade or period save an electronic one. These albums still sound as vital as they day they were released. Any sounds the duo took in from clubland or other circles over the years seems to have been readily absorbed into their arsenal to be used as needed, not be used because they were trendy at a particular time. Put these on your stereo, crank up the volume and prepare to be moved.

Thru The Ages II