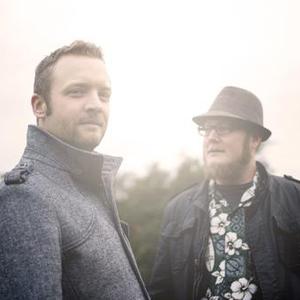 Carbon Based Lifeforms (also known as CBL) is an electronic music duo made up of Johannes Hedberg and Daniel Segerstad (born Ringstr?m), both born in 1976 and based in G?teborg, Sweden. They met at the age of 15 and are still working together, almost 20 years later. CBL itself was formed in 1996, as an offshoot from other projects, but soon became their focal point, culminating in their first release on mp3.com in 1998.

It is hard to categorise CBL's music but the best description might be that of a groundbreaking mixture of acid, techno and house music. The term acid/ambient has also been coined.

CBL signed with the celebrated Lyon-based Ultimae Records in 2002 and have since released five full-length albums (Hydroponic Garden in 2003, World of Sleepers in 2006, Interloper in 2010, VLA and Twentythree in 2011) and an EP (Irdial in 2008). All releases have been extraordinarily well received by connoisseurs within the ambient scene.

Additionally they have actively participated in successful collaborations with several artists, including Magnus Birgersson of Solar Fields in a project to compose the music for the Swedish dancer Olof Persson's "Fusion" performance in 1999.

Johannes often creates the building blocks of sounds and harmonies and could tweak sounds forever, whereas Daniel develops the rhythms and sculpts the ideas into tracks. It remains unclear which of them derives the greatest pleasure from manipulating the distinctive, squelching sounds of the Roland TB-303.

Through this synergy of ideas, their aim is to combine earth and space in their music. Daniel and Johannes use the combination of nature and technology as the main inspiration for their work. They like to represent both the positive and negative effects that this collaboration can lead to, including the negative impact that incorrect technology can have on the environment. The genius of CBL's music is that it suits any occasion.

Their creativity occasionally spills over into what become ?new' projects. The results can be enjoyed by listening to releases from Thermostatic and Digidroid, as well as Daniel's own SYNC24, which is the result of sudden impulses of inspiration, giving room for his personal reflections.

The music often seems to reflect the natural landscape of its land of inception; indeed if you listen to "Photosynthesis" on the World of Sleepers album then you find yourself feeling genuine concern for the forests. Given the source of the quotation in the song, perhaps this is the point. If so, it's a damned good one and epitomizes the aim of the group in pricking the conscience when it comes to something as critical as the environment.