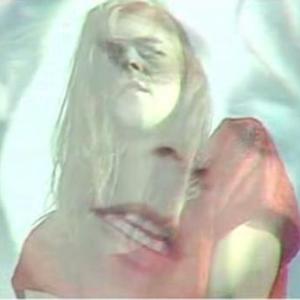 Ariel Pink (born Ariel Marcus Rosenberg on June 24, 1978) is a Los Angeles based experimental/pop musician. Pink boasts a cult following and endorsements from more widely known artists such as fellow founding Paw Tracks group Animal Collective. After years of recording in relative seclusion in the hills of Los Angeles, Ariel Pink (the first non-Animal Collective member on the Paw Tracks roster) made his official Paw Tracks debut with The Doldrums. Recording at home with a guitar, bass, keyboard, and 8-track (the drum sounds were created with his mouth).

After years of recording in relative seclusion in the hills of Los Angeles, Ariel Pink (the first non-Animal Collective member on the Paw Tracks roster) made his official Paw Tracks debut with The Doldrums. Recording at home with a guitar, bass, keyboard, and 8-track (the drum sounds were created with his mouth).

Ariel Pink blends Lite FM and warped lo-fi pop into something by turns beautiful and confusing. Some may find his personal yet detached approach highly addictive, while others may be instantly turned off by the obvious lo-fi production and the vocal drumtracks.

In the summer of 2003, Pink passed a CD-R on to New York based band Animal Collective after being introduced by mutual friend Jimi Hey (of All Night Radio and Beachwood Sparks) at one of their shows. Unbeknownst to Pink, Animal Collective had recently started their own record label, Paw Tracks, and several weeks later they contacted him expressing an interest in releasing his music. Pink became the first musician on the label aside from the members of Animal Collective. The next year, the label reissued The Doldrums, an album which had been originally recorded in 1999. Since then, Paw Tracks (now co-owned by Carpark Records) has released two other reissues of Pink's previous recordings, Worn Copy and House Arrest.

Pink has gradually caught the attention of media sources around the United States as well as internationally. As most of his albums are self-made, many of them have never been heard by fans. Almost all of Pink's albums which have been commercially released come from his yet-unfinished "Haunted Graffiti" series and are thus the best known.

Pink's tours have generally been met with much negativity, primarily because his music was never intended to be performed live for commercial audiences. As he explained to LA Weekly:
?People boo me everywhere...They don't even hide their contempt. I'm used to it now...Hey, I'm giving audiences the real thing...For better or worse, I'm out there, and those are the circumstances. People don't like it when it seems like you don't know what's happening, or I'm getting bummed out with certain aspects and I can't hide it. I think people feel that pain and just think it's bad.?

In July, the band embarked on Pink's "Thanks Mom, I'm Dead" tour.

One genre that may interestingly define Ariel Pink's Haunted Graffiti is one known as hauntology.