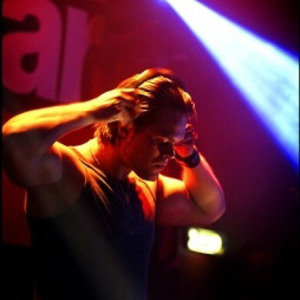 Although David West might be a new name to many of you he has been around for a very long time. He began his musical journey at the age of 2 when his father, who is a musician himself, put him behind the black and white keys of the piano. David was taught by his father until the age of 6, then it was time for some serious classical training. By the age of 7 David had his first meeting with a synthesizer, and he immediately fell in love with the weird sounds that came out of it.

Two years later he got a porta-studio (a 4-channel tape recorder) and started producing his own music, and from there he went to working with computers such as C-64, AMIGA and ATARI.

His professional career started back in 1994 when he teamed up with Robin S?derman and formed Antiloop. The band is a household name in the Scandinavian club circuits and following the success of their debut album, "LP", the name spread fast across the global underground network with cuts such as "In My Mind", ?Beauty and the Beast? and "Trespasser" fast becoming techno classics and crossing over in numerous European territories. Most of the Antiloop singles have positioned themselves at the #1 spot in the Scandinavian dance charts. Two Grammy awards (Best Club/Dance Album 1998 ? LP) (Best Club/Dance Album 2001 ? Fastlane People), six Swedish Dance Music awards, numerous gold and platinum records is proof that Antiloop has made a huge impact on the scene.

The first release from David West on his own was ?Envy/Carrier?. It was licensed to Way Out West?s album ?Don?t look now?. The track "Larry mountains 54" became one of the biggest progressive trance hits of 2005, made it to all the big compilations and was announced one of the biggest tracks of 2005 at Armin Van Buuren's show, a state of trance. His remixes has been hammered by all the big names. Last year he remixed acts as Tilt, Shiloh, Matt Darey, Inkfish Vs Martin H, Dominic Plaza, Carrie Skipper to name a few. The latest songs to be released by David is ?Suffering Island? and ?Make U Mine?. Both tracks have already received a warm welcome from all the big names.

David has a lot going on working under many different aliases. As De Nada, David and Andreas Hermansson have created tribal-tinged stuff for labels like Barry Gilbeys Choo Choo and Chus & Ceballos Stereo. The De Nada remix of Martin H?s ?Over? was #1 on DJ Chus?s chart for several weeks amongst others.

As Inkfish vs David West, they work with Greed?s SOG-label. The first release ?Aftermath? got massive support from Dj?s like Paul Van Dyk and Marco V to name a few.

As Synergy, they have taken their more progressive as well as melodic influences to another planet. Pacifier was the first track to be released. With plays from almost everybody worth mentioning it quickly became a huge success. The follow up release ?Hello Strings? became one of the biggest progressive tracks of 2004.

As Audioholics, David teams up with the young talent ?-zg?r Can. The first track from this duo ?External Key? was featured on many compilations by artists such as Gabriel and Dresden and Armin Van Buuren.

Setting up his own label, Aid Recordings, with help from Andy Moor is the project closest to his heart at the moment. Already signing big names and some of the most promising undiscovered artists the world has to offer Aid Recordings is looking to a very bright future.