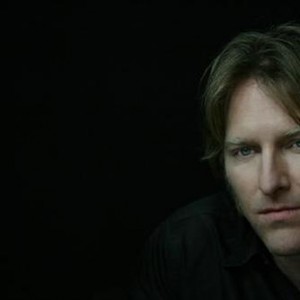 Tyler Bates is a music producer and composer for films. His most recent work is for the 2009 film, Watchmen, but he is perhaps best known for his work on Frank Miller's "300." He is also responsible for music from the zombie horror film Dawn of the Dead. Other projects include The Devil's Rejects, See No Evil, Halloween and Slither as well as Watchmen, based on the critically acclaimed graphic novel by Alan Moore.

His most recent work is for the 2009 film, Watchmen, but he is perhaps best known for his work on Frank Miller's "300."

He is also responsible for music from the zombie horror film Dawn of the Dead. Other projects include The Devil's Rejects, See No Evil, Halloween and Slither as well as Watchmen, based on the critically acclaimed graphic novel by Alan Moore.

During his formative years the limitations of his home studio equipment became an integral part of his creative process; sparking an experimental approach in effort to complete his compositional ideas. At age thirteen he started daisy-chaining cassette recorders to produce multi-track recordings. An Echoplex and other sound mutation devices became the gateway to his atmospheric explorations and counter-rhythmic sensibilities, as he studied the effects of varying tape speeds on live and pre-recorded sound sources.

By nineteen, Tyler managed a trading firm in the stock market, while enjoying the beginnings of great success in Chicago-based bands. But he could not ignore the calling to expand his career in music. In 1993, fueled by an offer to score a movie that paid less than a months rent, Tyler returned to his native Los Angeles with zero experience in making music for films, and successfully produced his first score. This led to steady work on B movies while simultaneously developing the sound of his band, PET, with singer songwriter Lisa Papineau. The duo created a stir in Los Angeles that attracted Tori Amos to a Los Angeles club show, after which she immediately began her campaign to get the band a major-label record deal by banging on the door of Atlantic Records President, Val Azoli. PET was signed soon after, spawning Amos' Igloo/Atlantic Records imprint in effort to afford the band its greatest chance at success in the biz. After recording their debut album at Tori's hillside castle in rural Ireland in 1996, and with a platinum record to their credit for the song "Lil' Boots," from the "The Crow: City Of Angels" soundtrack album, the band began touring stints with Blink 182, Limp Bizkit, Helmet and Luscious Jackson. But the emergence of several rock & roll clich?s led Tyler to the decision to leave the group to focus solely on scoring movies by late 1997.

With a sound foundation of twenty scores to his credit, Bates began his career as a film composer. The special quality of his music was recognized by director Stephen Kay, who contracted Bates to score his art house Be-Bop film, The Last Time I Committed Suicide, starring Keeanu Reeves, Adrian Brodie, and Thomas Jane. This was a great experience for both Bates and Kay, which led to their collaboration on several films since, including Get Carter; the catalyst to Tyler Bates' stylistic emergence as a film composer. After working with Matt Dillon on his directorial debut, City Of Ghosts, and Mario Van Peebles on Baadassss!, Tyler was introduced to director Zack Snyder, who responded to his concept of the score for Dawn of the Dead, which became an instant classic in the horror movie genre. Both Rob Zombie and James Gunn recognized the effect of Bates' music for Dawn, and recruited him to score their films, The Devil's Rejects, and Slither, respectively, which have also joined the pantheon of cult classic films.

Tyler Bates' music possesses a timbre of its own, attracting visionary filmmakers who aim to make distinctive films with commercial appeal. His recent work on Zack Snyder's battle epic, 300, embodies expansive orchestral and choral themes that express a sweeping range of color and emotion, while embracing a tonal palette unfamiliar to studio films of its nature. Much of the music on the soundtrack is, however, taken directly or indirectly from Elliot Goldenthal's score to the film "Titus", both soundtracks from "Troy", "Black Hawk Down" and a Macedonian etno song by Aleksandar Sarievski. This plagiarism has caused a controversy in musical circles.

Guardians Of The Galaxy Vol. 2

Guardians Of The Galaxy (Original Score)