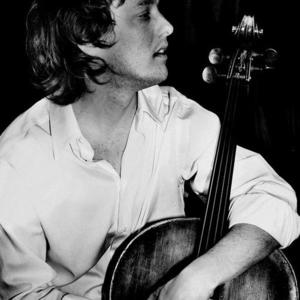 Nathan Barr began studying music in Tokyo, Japan at the age of four. He grew up surrounded by eclectic music ranging from Kabuki Theater, to the sounds of his mother performing on the koto and piano, to his father playing the banjo, guitar, and shakuhachi. His interest in music was further influenced by extensive travels around the world, where he experienced music ranging from Bali's Kecak Orchestras to China's Beijing Opera.

During the summer of 1993, he toured Italy and Switzerland with the Juilliard Cello Ensemble. Upon graduating from college, he joined the industrial alternative rock group V.A.S.T. (Elektra Records) for a short time, playing guitar and electric cello.

Looking to explore a career in film music, he moved to Los Angeles in 1996, where he met Academy Award-winning film composer Hans Zimmer, who invited him to join him as his assistant. During his time with Hans, he worked on many projects ranging from the Jim Brooks hit comedy As Good As It Gets (1997) to Terrence Malick's The Thin Red Line (1998).

In 1998, Nathan struck out on his own after landing his first feature film entitled Hairshirt (1998), directed by Dean Paras, and starring Neve Campbell and Rebecca Gayheart. Since then he has scored more than ten films ranging from the critically acclaimed documentary Beyond The Mat (1999), directed by 'Barry Blaustein' for Universal Studios, to the Quentin Tarantino produced Hangman's Daughter (2000), for Miramax. He has also worked in television where he scored the CBS drama "Kate Brasher" (2001), starring Mary Stuart Masterson, produced by Danny DeVito and Stephen Tolkin.

He has also worked on the independent film Briar Patch (2001), directed by Zev Berman. For this score, he performed all of the music playing more than thirteen instruments including cumbus, hurdy-gurdy, bul-bul, psaltery, and gender.

Nathan also scored the music for the hit-series 'True Blood'.

Nathan is comfortable composing in many styles ranging from big band to orchestral to rock, among others.