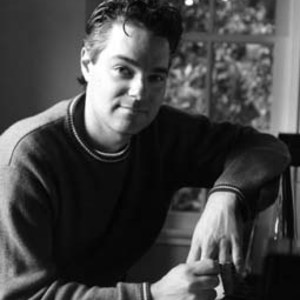 Marco Beltrami (born October 7, 1968) is an Italian-American film composer. Beltrami was born in the small town of Fornero, Italy, but grew up on Long Island, New York, after his parents emigrated at the beginning of the 1970s. He graduated from Brown University, spent some time in Venice working with the eminent classical composer Luigi Nono, studied at the Yale School of Music upon his return to the USA, and then moved west to the USC Thornton School of Music in Los Angeles, where he studied under Jerry Goldsmith.

A few classical commissions and USC student films notwithstanding, Beltrami scored his first movie feature in 1994, the thriller Death Match for director Joe Coppolletta, and reached a higher level of public acclaim in 1996 when he wrote the score for Wes Craven's smash hit shocker Scream. Since then, Beltrami has become firmly entrenched as a composer of choice for the horror/thriller genre, with the Scream sequels and hit movies such as Mimic (1997), The Faculty (1998), Dracula 2000 (2000), The Watcher (2000), Angel Eyes (2001), Resident Evil (2002), which he co-composed with Marilyn Manson), Blade 2 (2002), Underworld (2003), Hellboy (2004), I, Robot (2004), and Underworld: Evolution (2006) featuring in prominently his resume. He was nominated for an Emmy Award for his touching score for the film David and Lisa in 1998, indicating a desire to spread his musical wings beyond the bounds of his genre pigeonholing, and holds the enviable position of being one of the most exciting young film composers working in Hollywood today.

Beltrami's signature style is based around highly percussive texture. He often employs both traditional percussive instruments like bass drums, as well as violins and brass instruments, forming layers of hits and stabs. This style has earned him the reputation of being the go-to composer for horror and action films.

Woman In Black 2: Angel Of Death

A Good Day to Die Hard