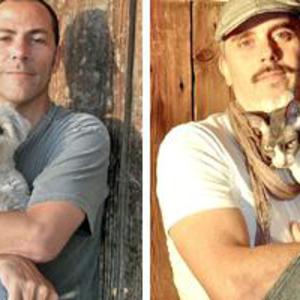 tomandandy is a musical group, founded in the late 80's in NYC by Thomas Hajdu and Andy Milburn, chiefly known for their work in film scores and television commercials. The firm redefined the way in which music for media was created by appropriating aesthetics of the avant garde, bringing them into pop culture. Without investor support tomandandy became one of the largest music production companies in the world.

During the 1990's, tomandandy had offices in NYC and LA and employed almost 100 full time employees around the world. tomandandy received critical acclaim in all media sectors as creation as well as product design. Simultaneously, tomandandy focused on artificial intelligence and content and is the holder of broad patent (US 6.051.770) "artificial composer" that is based on a series of groundbreaking musical metrics.

While at Princeton University, the duo began collaborating on small pieces of electronic music which consisted of bits of disjunct sounds. They called these pieces, "Blasts" and while blasts were completely unsuccessful when performed in the concert hall, they discovered that they played perfectly well when attached to disconnected images on TV.

Discography (selected)
The Hills Have Eyes - Soundtrack from the Motion Picture - Lakeshore Records, 2006

The Covenant - Soundtrack from the Motion Picture - Lakeshore Records, 2006

The Rules of Attraction- Soundtrack from the Motion Picture - Lion's Gate Records, 2002