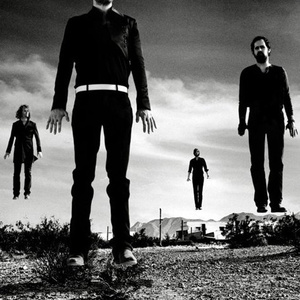 There are at least four artists which use this name 1. The Killers are a rock band from Las Vegas, Nevada, United States, formed in 2001 and consist of Brandon Flowers (vocals, keyboards), Dave Keuning (guitar, backing vocals), Mark Stoermer (bass guitar, backing vocals) and Ronnie Vannucci Jr. (drums, percussion). The band's three albums to date have sold in excess of 15 million copies worldwide combined.

1. The Killers are a rock band from Las Vegas, Nevada, United States, formed in 2001 and consist of Brandon Flowers (vocals, keyboards), Dave Keuning (guitar, backing vocals), Mark Stoermer (bass guitar, backing vocals) and Ronnie Vannucci Jr. (drums, percussion). The band's three albums to date have sold in excess of 15 million copies worldwide combined. The band got its name from the fictional band "The Killers" in the video for New Order's "Crystal". The band was on hiatus, but returned to the studio to record their 4th studio album in early 2011. Songfacts reports that "Runaways", the first single from "Battle Born", was released on July 10, 2012.

Initially, The Killers played at large clubs in Las Vegas. With the band's line-up stable and their repertoire of songs expanding, the band began to attract attention from talent bookers, local agents, major label, scouts ? and a UK representative for Warner Bros. Though the Warner Bros representative passed on the band, he took the demo back with him, showing it to a friend who worked at UK (London-based) indie label Lizard King Records (now Marrakesh Records). The Killers then signed in the summer of 2002 to a British label.

They released their debut album "Hot Fuss" on June 2004 in the United Kingdom and US (on Island Records). Their first single was "Somebody Told Me". The band also had chart success with their singles "Mr. Brightside," which reached the Top 10 in the UK when released, and "All These Things That I've Done".

The band started recording its second album, "Sam's Town" on February 15, 2006, at The Palms Hotel/Casino in Las Vegas. It was released on October 2006. Lead singer, Brandon Flowers said that Sam's Town is "one of the best albums of the past 20 years". Though the album has received a mixed response from critics and fans, it has still remained popular and sold over 4 million copies worldwide.

The first single, "When You Were Young" debuted on radio stations in late July 2006. In late August 2006, it was offered as a downloadable track before the album's debut. The single then entered the chart on downloads alone at #5, and the following week on its official release went to #2 in the UK. The video clip of the second single, "Bones", was directed by Tim Burton. The third single was "Read My Mind". The video was filmed in Tokyo, Japan. The last one was "For Reasons Unknown" released in June, 2007.

The album sold over 700,000 copies worldwide in the first week of release, with a No. 2 debut on the United World chart. Brandon Flowers announced on August 22, 2007, in Belfast, Northern Ireland, at the T Vital Festival, that it would be the last time that the album "Sam's Town" would be played in Europe. The Killers played their last Sam's Town concert in Melbourne, Australia on November, 2007.

Much of The Killers' music is based on British influences and on the music of the 1980s, particularly New Wave. Flowers has also said in interviews that the larger-than-life sound of many of the band's songs is due to the influence of living in Las Vegas, a city where everything is about flash and who can top whom. They appreciate post-punk bands that sprang up during the 80's such as Joy Division, and they are also avowed fans of New Order (with whom Flowers has performed live), Pet Shop Boys, Dire Straits, David Bowie, The Smiths, Morrissey, Depeche Mode, U2, Queen, Oasis and The Beatles. Their second album was said to be greatly influenced by Bruce Springsteen's music and lyrics.

The compilation album called "Sawdust", containing B-sides, rarities, and some new material, was released on November 12, 2007. The album's first single "Tranquilize," a collaboration with Lou Reed, was released on October 2007. The band also released their cover of Joy Division's "Shadowplay" on the U.S. iTunes Store. The album also contains the songs "Ruby, Don't Take Your Love to Town" (a The First Edition cover), "Romeo and Juliet" (a Dire Straits cover), and a new version of "Move Away" (previously available on the Spider-Man 3 soundtrack). One of the tracks on Sawdust is "Leave the Bourbon on the Shelf" the first but previously unreleased part of the so called "Murder Trilogy," in which it is followed by "Midnight Show" then "Jenny Was a Friend of Mine"

The Cowboys' Christmas Ball Songfacts reports that The Killers are recognized for their work with Bono's Product Red campaign, which is dedicated to fighting AIDS in Africa. In 2006 they released their first Christmas themed song and music video, "A Great Big Sled" in aid of the charity,followed by "Don't Shoot Me Santa" on December 1, 2007. Their festive tunes have subsequently became an annual event and "The Cowboy's Christmas Ball" was released as their sixth successive release intended to raise money for the Product Red campaign on December 1, 2011.

"Day and Age" was the title of The Killers third studio album. The title was confirmed in an NME video interview at Reading and Leeds Festival with lead singer Brandon Flowers. The band headed to the studio in June and the album is being produced by Stuart Price. In the October 2008 edition of German magazine Musikexpress, in an article dated August 15, 2008, Keuning says the new record was 99% finished. The Killers selected Paul Normansell to do the artwork for the new album, which should include some of Normansell's artwork and portraits of the band themselves.

Flowers also stated in an interview with Q that he was excited to play a new song called "Tidal Wave", influenced by David Bowie's "Drive-In Saturday" and "I Drove All Night" by Roy Orbison. The setlist of The Killers' July 29 and August 1, 2008 show at New York City's Highline Ballroom and Atlantic City's Borgata Hotel and Spa contained two new songs: Spaceman and Neon Tiger. These songs were also played at The Killers' show on July 31st at the MGM Grand at Foxwoods Casino in Mashantucket, Connecticut. Spaceman and Neon Tiger are also included on "Day and Age". During their brief summer tour in 2008, The Killers confirmed several other potential song titles for "Day and Age" including "Goodnight, Travel Well", "Vibration", "Joy Ride", "I Can't Stay", "Losing Touch", "Fairytale Dustland" and "Human", although "Vibration" wasn't included.

The Killers' third studio album "Day and Age" (which was reviewed at http://www.silentsoundwaves.com/album-reviews/the-killers-day-age-review/) was released on 25th November 2008 (24th November for the UK). The album's first single "Human" was debuted on 22nd September and on the 30th September, the single was made available on iTunes, with many radio DJ's suggesting it was the best single by The Killers yet.

Killers frontman Brandon Flowers recently (December 2008) has said that he thinks his band will be bigger than U2 eventually, and sooner than you might think. He told The Daily Telegraph that "U2 are unbelievable, but they're getting old. It feels like it's time".

2) The Killers were a Uruguayan rock band from the early 1970s which realeased one album in 1972.

3) Another The Killers were a hardcore band from Chicago, IL in the 90's founded by former members of Charles Bronson. They released records on Hater of God and Gloom, and had split records with A.P.B. & 9 Shocks Terror. Reminds of Behead the Prophet No Lord Shall Live meets The Oath.

Land Of The Free (CDS)

Shot At The Night (CDS)

I Feel It In My Bones (CDS)