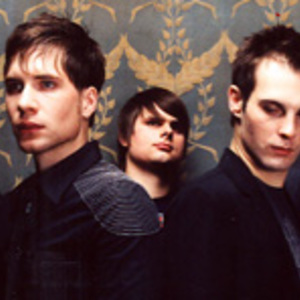 Acceptance was an alternative rock band from Seattle, Washington, formed in 1998. They released two EPs entitled Lost for Words (November 5, 2002) and Black Lines to Battlefields (May 20, 2003). They also released their only LP, Phantoms, on April 26, 2005. They hoped to have a new album out by August 2006 and started recording it in April 2006, according to an interview with Jason (vocals) that can be read on their MySpace blog. Unfortunately, it never came through.

"Different", a single of their latest album, has had some radio play and peaked at #25 in US Modern Rock Chart. The song "This Conversation Is Over" from the same album was re-recorded in Simlish for The Sims 2: University.

As of summer of 2006, the band broke up. The new CD was never finished and isn't going to be released. The band consisted of Jason Vena (vocals), Christian McAlhaney (guitars and vocals, now of Anberlin), Kaylan Cloyd (guitars), Ryan Zwiefelhofer (bass guitar) and Nick Radovanovic (drums), who replaced Garrett Lunceford.