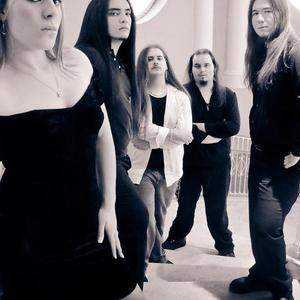 Seven Kingdoms was formed in Deland, Florida in 2007 by Camden Cruz and Bryan Edwards. Kevin and Keith Byrd joined soon afterward on guitar and drums, followed by Cory Stene on bass and John Zambrotto on keyboards. Under the name of Seven Kingdoms, they entered the legendary Morrisound Recording Studios in August 2007 and finished production on their debut album, "Brothers of the Night". "Brothers of the Night" was lyrically inspired from the literary works of George R. R. Martin, and influences spanning the vastness of metal's subgenres.

Since, "Brothers of the Night" has sold and downloaded very well internationally. Seven Kingdoms has played many shows through out the southeastern region of the United States. Since, Seven Kingdoms have become the premiere unsigned power metal act in the state of Florida. Seven Kingdoms has shared the stage with well known metal bands such as Sonata Arctica, The Agonist, Stephen Pearcey, Circle II Circle, and The Absence.

With the coming of a new year and new music to be written, Seven Kingdoms find themselves with new direction. John has regretfully been released from the band, since keyboards will not be a large part of the new songs. However, as one brother must leave, another shall take their place. Seven Kingdoms welcomed their new second vocalist, Sabrina Valentine!

After much consideration Bryan and Cory decided that they wanted to leave. Miles Neff would be the next bassist of Seven Kingdoms and Sabrina Valentine would take her new position as lead singer. In September of 2009, the new and improved Seven Kingdoms fully recorded and finished their self titled sophomore album at the legendary Morrisound Studios. Soon after Seven Kingdoms was approached by Intromental Management and Booking about joining their roster. As of November 1st, 2009 Seven Kingdoms will be represented by Intromental. "Seven Kingdoms" will be released later this year. Seven Kingdoms will be on the road by the end of 2009 and all the way through 2010 in support of the new record with the new help of their new booking agency. "The band was founded on fun, but fun without hard work and dedication won't get you where you need to be. We want to work harder than ever to make the music of, by and for the metal community. We do not sacrifice musicianship for mediocrity." Seven Kingdoms seeks to carve its own niche in metal history and create something genuinely unique, original... yet undeniably METAL.

The Fire Is Mine

Brothers of the Night