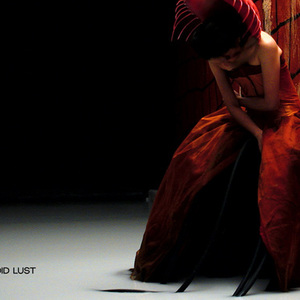 Struggle is a natural part of the creative process for many artists. For Shikhee, the one-woman army behind industrial act Android Lust, struggle became downright essential to the production of the fourth Android Lust album, The Human Animal. Not by choice, of course: Nearly a decade after debuting as the first one-woman industrial act, the Bangladeshi-born New Yorker found herself burnt out from balancing a music career with what some might call ?real life.?

The process of making 2006's Devour, Rise and Take Flight ws ?a very trying period,? says Shikhee. ?I was coming home from my job around 9 or 10, and then mixing till 2 or 3, only to get back up and get to work at 9 again. I was barely sleeping and losing weight.? Problems with her record label compounded her frustration; the heavy touring season that followed, prolonged it.

When the album cycle finally wrapped, Shikhee returned home to face some familiar fears. ?It's always a bit scary. I start to doubt myself, reacquaint myself with my studio . . . and wonder if I can still do it,? she says. ?It took until late 2007 to get back to writing.?

The Human Animal is undeniable proof that she can, indeed, still ?do it.? After two albums on preeminent electronic-music label Projekt Records, Shikhee released Animal in August 2010 on her own Synthellec Music. In production for more than two years, this is the work of an artist reinvigorated by the creative process, adding a new set of colors to her signature sonic palette. ?It just happened one day after we came back from our tour,? Shikhee recalls. ?Songs just started flooding.?

The flood was triggered in part by Shikhee's decision to work with her live band in the studio for the first time. ?In the past I played all the guitars and some bass [in addition to electronic instruments], but now I had access to these really talented musicians and I wanted to bring that touch in the studio. So I wrote parts for them, parts that were beyond my playing ability.?

The mix of live instruments and processed sounds isn't new for an Android Lust recording?2003's breakthrough The Dividing featured live drums, string and wind instrument?but never have those sounds figured so prominently as they do on The Human Animal. The slippery undertones of ?A New Heaven? are revealed to be an upright bass; pockets of classical guitar propel ?Into the Sun?; the overdriven guitars on ?Saint Over? surge forth with the spark of vintage Nine Inch Nails. It's the most organic-sounding Android Lust record while losing none of the unrelenting sonic edge of prior releases.

It's not just the live instrumentation that brings the album uncharacteristic warmth. Shikhee took to the streets of New York City with a portable recorder, collecting noises that would be used to form rhythms and ambiance throughout the record. The sounds of a screeching subway, a crowded restaurant, geese, pigeons, and a Barnes & Noble escalator all found their way into the mix.

And Shikhee has never sounded better, her whisper-to-a-scream vocals on a par with Polly Jean Harvey (?It's On You?) and Ruby's Leslie Rankine (?God in the Hole?).

For an artist whose overarching aesthetic has sought to blur the line between human and machine, Shikhee here sets her sights on the battle between the physical and the spiritual. Much of The Human Animal is about tapping into the deeper well of universal energy within to find true meaning, freeing oneself (the human) from the imprisonment of ego (the animal). ?A New Heaven? sums up the central query: ?Are we the ones we are seeking under this sun??

But despite the sometimes reflective tone this is not music for meditation. The Human Animal's 10 songs, plus a Jerome Dillon remix of ?God in the Hole? to close the disc, pulse and pound, posing both an invitation and a challenge to the listener. Welcome to the age of enlightenment for Android Lust.