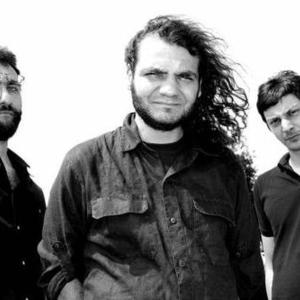 The project Ephel Duath was created in February 1998 in Padova, Italy, with the precise intent of experimenting in the sphere of extreme music. At the root of the group's name lies the concept of a dark and fleeting sound: Ephel D?ath is in fact the mountain range that defends the kingdom of Mordor in Tolkien's masterpiece. Initially the band started out as a Duo, with Giuliano Mogicato (voice, guitar, synth and programming) and Davide Tiso (guitar), the only founding member still in the line-up, both were eighteen at the time.

Initially the band started out as a Duo, with Giuliano Mogicato (voice, guitar, synth and programming) and Davide Tiso (guitar), the only founding member still in the line-up, both were eighteen at the time. In October of the same year the demo tape ?Opera? is released; 6 tracks of extreme metal with symphonic traits which brought the name of Ephel Duath to be compared with the style of Limbonic Art and Emperor.

At the end of 1999 the first discographic contract was signed with Code666, at the time an emerging Italian label known for its courageous decisions and opposition to the general trend.

In May 2000 the debut album ?Phormula? is released, produced at the time by Riccardo Pasini, who then becomes a sort of added band member.
The 8 new tracks of this record make it a highly ambitious and rich piece of work, distinguished by a genuine research for originality in the choice of stylistics, to emphasize one of the goals that still motivate the band today: not to belong to any specific type of music or movement. The critics reward their courage but the public's opinion, and the need to classify, intrinsic with extreme metal, place Ephel Duath together with ?Black metal Underground? a label that the band will try very hard to eradicate during the coming years.

After the recording of Phormula, Giuliano Mogicato leaves Ephel Duath due to personal and musical incomprehension.
Then follows the most difficult period for the band, they remain inactive for approximately one year and with only one actual member left.

In the summer of 2001, Lee Barrett, founder of the label Candlelight, launching label of Emperor and Opeth, shows an interest in Ephel Duath after having heard a few mp3 on the web. Then, a few weeks later, the English company Earache offers them a long-term contract through their new trademark Elitist of which the A&R is no other than Lee Barrett.

In 2002 Earache/Elitist decided to add a few bonus tracks to ?Phormula?; change the title to ?Rephormula? and reprinted, this gave Davide Tiso the chance to assemble a new line-up and start from zero on a new album.

At a first glance the new formation may seem bizarre. Davide Piovesan, with a Jazz-Blues background, is the percussionist; at the bass a very versatile Fabio Fecchio with experience in jazz, pop and funk. Davide Tolomei who has a delicate and deeply anguished timbre is the melodic voice.

Determining factor is the decision to assemble musicians with no extreme music experience, therefore with an unconditioned approach.

Last but not least the frontman, Luciano Lorusso George, with a Hardcore-Noise background, the only member, together with Davide Tiso, with a solid experience in extreme music.

In the meantime it takes approximately one year to arrange the pieces composed by Davide Tiso.

In the summer of 2003 they start work in the studio with their friend and producer Riccardo Pasini. After 3 months hard work the band is rewarded with the album: ?Painter's Palette? which is fundamental to their flying (re)start.
Nine brand new tracks which all reveal and emphasize the bands intention of launching their own personalized sound. The outcome is really quite fresh and impossible to classify.
A marked imprint of jazz is associated with a solid origin of extreme music which translates into a sophisticated sound. The crossover effect was avoided so that the distinct idea of a rich combination would prevail.
The band is awarded hundreds of positive reviews.

After the debut as supporting band to Lacuna Coil, preparations continue for the first live performances, a handful of dates in Italy, including a festival with the Entombed and Ephel Duath's debut in Great Britain together with Mistress.

Davide Tolomei, the melodic voice, leaves the group for personal reasons just before Ephel Duath are to face their most important live performance: the Norwegian Quart Festival. They leave for Norway all the same, rearranging after only a few rehearsals the entire set list. The stage is shared with personalities such as Red Harvest and Cult of Luna. Then, during the summer of 2003 two other important festivals follow: Brutal Assault in the Czech Republic together with Necrophagist and November, the Headway in Holland together with Sieges Even and Biomechanical. And finally the debut in Germany, Trier, as headliner.

The composition of the new album begins in Autumn. The bands absence from the stage is interrupted by the Great Britain mini tour, together with Locust and Beecher, and then another festival in Norway, the Moxsty, together with Extol and mind grinder, also a few dates in italy as supporting band to Katatonia, Dillinger Escape Plan, Chimaira and Nasum.

Just before they start recording the new album, in December 2004, they receive an invitation to join the British Tour with Dillinger Escape Plan and Poison the Well, 16 intense dates, with the accompaniment of Federico Nalesso on the trombone. In February 2005 they start recording the new album ?Pain Necessary To Know? the most ambitious record ever produced by the band. Riccardo Pasini as always at the console.

After months of hard work, in the summer of 2005, the album is completed. Again nine tracks, and again extreme music with a touch of jazz, however with a much more updated sound. The concept of a song is put aside and the repetition of the riff is nearly extinct.
The songs resemble a long musical suite in which the instruments and also the voice support each other while constructing a soaring but solid architectural sound. A fluctuating monolith.

In October 2005 the percussionist Andrea Rabuini joins the Ephel Duath for the promotion of their album ?Pain Necessary To Know?.

Ephel Duath will be entering the studio once more on July 14th to record their new 9 track album, "Through My Dog's Eyes." Recording will take place in Outer Sound Studios in Rome, with production by Giuseppe Orlando (Novembre) and will be mastered at Finnish Finnvox Studios.

Hemmed By Light, Shaped By Darkness

On Death And Cosmos (EP)

Through My Dog's Eyes