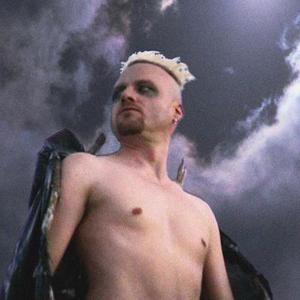 After their inception in 1992, the Californian act Regenerator hit the dark electronic music scene with a self-titled CD release on Hyperium, immediately followed by the "Everyone Follow" single featuring remixes by Daniel .B. of Front 242. Soon after, they released the brooding "2.0" album, along with the "Archetype" single which included mixes by KMFDM, Attrition, and BiGod 20, on Hypnobeat. The band then moved to Synthetic Symphony to release their 3rd album "Soulseeker" in '97 and to Flaming Fish Music to release "Debugged" and "The Millenia Mixes" single 2 years later.

"War", released by Alfa Matrix in Europe and WTII in the States, came in 2001, strangely reflecting the state of world affairs and its "War on Terror". In fact, that album was completed just hours preceding the infamous 911 destruction in New York (with the exception of one remix which contains samples related to those events). With "War", Regenerator continued to focus on creating memorable hypnotic dark pop songs. Their music combines harsh electronics and dark themes with melodic vocals and synaptic soundscapes. "War" is perhaps the band's darkest and most emotionally triumphant effort to date, but it's definitely the most club-minded and catchy work they have ever written. With spiritual and physical conflicts as the core subject, "War" is an album of rich rhythm and haunting atmosphere, which evokes contemplation, yet urges people to the dancefloor... for battle! Most recently, the duo have offered up the amazing "Regenerated X", comprised of delicious remixes by renouned acts such as Assemblage 23, Razed in Black, and Collide. This awesome floor pounding release was presented in Europe by Alfa Matrix in 2003, with a double disk set including remastered highlights from their anthology, and later in the U.S. by Archetype Multimedia, as a single disk release, including mostly unique remixes.

Through their huge discography, the band have proven themselves able to deliver everything from ethereal electronic pop to highly charged dancefloor industrial with equal skill. Although some modern electronica elements and other various influences have seeped into Regenerator's sound, their unique style has always surprisingly remained intact, revolving around their characteristic shared male & female vocals. Wrex's sombre melancholic growling vocals indeed always enter in perfect duality with Patrice's wide ranging and breathy sensual vocals.

Regenerator are reknown for the beautiful and shimmering contrasts in their work where love and hate struggle, where male and female vocals intermingle, and where melody and energy become one. For over a decade Regenerator has been creating their unique blend of dark electro, which they have also presented live, through successful tours throughout Europe and the U.S. From the outset the band has continued to garner the recognition, respect & admiration of their fans, press & peers.