And Hell Followed With 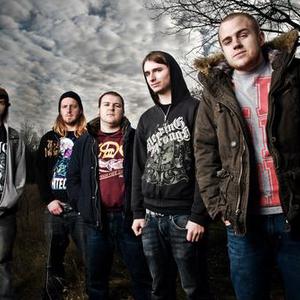 And Hell Followed With was an American deathcore band. The group formed in Detroit, Michigan in 2006 and split in 2010 eight months after the front man Nick Holland announced he would be parting ways with the band. As of 2012 the band announced that they would play one last show at The Jamboree in Toledo, OH. They've stated that there are no plans to ever play another show. They released two full-length albums before their disestablishment.

They released two full-length albums before their disestablishment.

Being noted for the energy and intensity that they would bring with them in every live performance, the band had made it a point to create a fan base wherever they played. Having a few national tours under their belts, AHFW strived to take over the scene with a pathogen-like mindset, establishing itself one scene at a time until like the virus they became, have seized and left their mark on the entire music world.

AHFW is now broken up, but there vocalist has started a new band known as Traitor