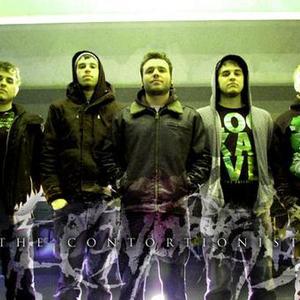 There are two artists called The Contortionist. 1) A progressive deathcore band from Indianapolis: Bottom heavy open chords that resonate strong enough to shake the core of the earth. Skyrocketing bursts of oscillating guitar leads layer an ominous and dark undercurrent of rhythm. While hardcore punk may be the sound that rules the day in The Contortionist hometown of Indianapolis, it is the band's signature brand of forward thinking heavy metal that has made them stick out as hometown favorites.

1) A progressive deathcore band from Indianapolis:

Bottom heavy open chords that resonate strong enough to shake the core of the earth. Skyrocketing bursts of oscillating guitar leads layer an ominous and dark undercurrent of rhythm. While hardcore punk may be the sound that rules the day in The Contortionist hometown of Indianapolis, it is the band's signature brand of forward thinking heavy metal that has made them stick out as hometown favorites. The band worked hard to amass a following beyond Indiana through consistent regional shows, coastal touring, and two self-released EPs. They clearly began to define their sound and grow as musicians on their EP titled "Apparition".

The songwriting and progression on "Apparition" smacks of a group of musicians who are locked deeply into a remarkable place of expression and creativity that is usually reserved for bands with multiple albums under their belt. While it is not uncommon lately for bands in the world of metal to experiment with melody and progression, many times these breaks from the brutal end up sounding forced, too contrived, or way too over the top in shred. What could have been an opportunity for the listener to settle into some depth, winds up missing the mark. When The Contortionist venture into the realm of ambiance it actually raises the level of the song above the crushing breakdowns and demands the listener stay put for the ride. More impressive than their ability to write and record such material, is how big it all plays live. The room seems to expand and fill with spacious tones just in time to be leveled with ferocity. The band is razor sharp while nailing every bit of nuance their ambitious songwriting offers. It is this ability to dole out their sounds in epic proportions through a live performance that piqued the interest of record label Good Fight Music. The band had already distinguished themselves to Good Fight with a penchant for creating a distinct style of heavy music that has plenty of room for the listener to breathe and settle into. So in early 2010, shortly after the staff had caught them live, a deal had become imminent.
With the label now in place, The Contortionist recently spent time in the studio with Unearth's own Ken Susi handling production duties. When asked what interested him about working with The Contortionist, Ken commented - "The Contortionist is not your typical run of the mill band. Lots of bands in this day in age are copycats or just plain old rip offs of other bands that are currently out now. This is truly an original band, from the overall look, sound and structure of the songs. I really feel this band has a bright future ahead of them!" The Contortionist brand new album, titled ?Exoplanet?, is a progressive metal mammoth. What stands out about the song structures is the bursts of space and atmosphere underscored by intense sonic emotion and boldness. A welcomed subtlety to the evolution of the band's sound from previous works is a sparse use of ominous sci-fi inspired clean vocals. For every bit of progression and aura the band offers up on Exoplanet, comes an equal and unforgiving onslaught of heaviness. Just when heavy metal had seemed to reach a ceiling on how punishing a sound could get, The Contortionist raised the bar even higher. Exoplanet will be out in stores on August 31, 2010.


2) A singer/songwriter who resides in Sheffield, UK.

The Contortionst is the solo project of me, Andy Hirst (lead singer/songwriter in Japanese Sleepers, drummer in The Purgatory Players). I've been releasing music under this name for about 7 years now, usually just low-key released distributed to friends. For a year or so I had a backing band (The Contortionist and the Wandering Boy Poets) but we disbanded in late 2009. I'm currently working on new stuff.