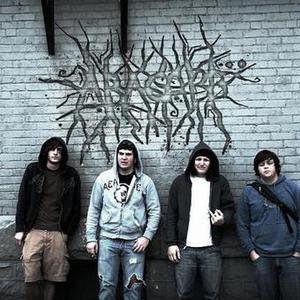 ABACABB was an American deathcore band from Washington D.C., United States, and formed in 2004. From their first untitled demo, included songs such as "21 gun salute or a firing squad", the band gained notoriety on the East Coast. Two years after this release, the band released another demo in 2006 and toured the East Coast and Midwest extensively. Recently, ABACABB signed with sumerian Records and released ?Survivalist? on January 20, 2009. ABACABB decided to call it quits in 2010.

ABACABB has shared the stage with bands such as: Thumbscrew, Despised Icon, Reflux, Too Pure To Die, Black My Heart, On Broken Wings, August Burns Red, Cassius, The Burning Season, Through The Eyes Of The Dead, From a Second Story Window, Into The Moat, Glass Casket, Aria, All Else Failed, Ed Gein, The Judas Cradle, Misery Signals, Summer's End, PsyOpus, Animosity, Circle Of Dead Children, My Bitter End, Folly, Paria, Age of Ruin, Wings of Scarlet, The Nicaea Room, The Red Death, Anterrabae, Time of Cholera, The Acacia Strain, After The Burial, Veil Of Maya, Conducting From the Grave, Premonitions Of War, The Kirby, Emmure, Winds of Plague, Terror, All Shall Perish, The Ghost Inside plus many more.

Their band name is derived from the cheat code to enable blood effects in the Sega Genesis version of the video game Mortal Kombat.