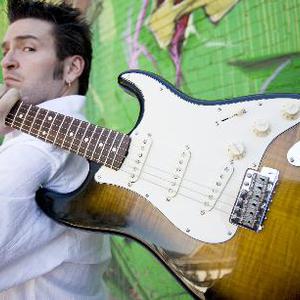 Growing up in St. Louis, Missouri, Zito was immersed in the gritty sounds of the south side that would unknowingly become the groundwork of his future in music. Like the legends before him, music has coursed through his veins from the early age of five, when he began singing and performing. It didn't take long for him to discover his instrument of choice, electric guitar, after receiving a Van Halen record for his birthday. His education and journey were just starting - little did he know he would find himself among such legends at a local guitar shop just out of high school.

"Everyone from Chuck Berry to Bennie Smith came in that store," Zito shares of his experience. "I soaked up the sounds of that store and began building my own style."

Zito's journey took off at the age of 19, when he busted into the local St. Louis music scene, developing his sound even further from the stage. His first independent release arrived in 1996, titled "Blue Room" which included raw and funky songs "Hollywood" and "Pull the Trigger". His songwriting experience would break through on his sophomore release titled "America's Most Wanted" in 1999. This album shares his pop sensibilities and intense guitar work. "Crazy People", "Deal Me In" and his own rendition of Elton John's "Rocket Man" all set the pace to bring him into a national audience.

His touring schedule found him crisscrossing the country as well as performing a regular dose of 6 nights a week in and around St. Louis when not on the road. He would also have the opportunity to play overseas for the USO during that same time period. With such a crazed schedule and lifestyle, drugs and alcohol took their effect on him. Zito was sliding downhill fast. Walter Trout pulled Zito aside one night after a show and explained to him that he had been down that path himself, and that it was no good. He told Zito about the responsibility he had to the music and to the people to perform honestly and unaffected. His abilities suffered and he drifted around the country a bit lost and confused, ending up in Southeast Texas. Zito fell in love with his now wife and had found the love and support to help him clean up and refocus on his career.

With a clean slate and real world experiences to include in his songwriting, Zito released "Slow it Down" in 2004. Including songs like "Long Dark Road," "Change My Ways" and the title track, "Slow it Down" Zito share what life experiences had taught him. He formed a new solid band and began again playing full-time across the country with over 250 shows in 2005. "Music can change everything - how you feel, how you see and what you believe," Zito explains.

He would find his true sound from all his experiences, new and old, and release his fourth album, "Superman" in 2006. Touted as "Soulful Pop" critics would pen it as Zito's sound with his voice and vocals rising above the music. His formative influences blend with additional musical heroes and legends such as Prince, Van Halen, Jimi Hendrix, Eric Clapton, SRV, Walter Trout, B.B. King, Buddy Guy, Danny Gatton, and even rising artists like John Mayer. His journey has lead him to a critical point in his life and career to a larger audience and sharing the stage with national recording artists such as Chuck Berry, Fabulous Thunderbirds, Tab Benoit, Walter Trout, Bernard Allison, Coco Montoya, Joe Bonamassa and many more.

In 2007, Zito's path has crossed with Randy Chortkoff of Delta Groove Music. Within months he's penned a deal and gained full support with Chortkoff's label Eclecto Groove Records and Rick Booth of Intrepid Artists. With a new chapter of his life unfolding ? full label backing, new management and larger audiences, Zito only begun to scratch the musical surface yet again.

Now Zito returns with his follow up effort "Pearl River," accompanied by the skillfully adept David Z. sitting in once again at the helm of the producer's chair, along with label CEO Randy Chortkoff. With his guitar back to the forefront Zito revisits his musical roots while still maintaining an emphasis on his affective songwriting. "Pearl River" stands as another solid achievement by Mike Zito who is joined this time out by a handful of special guests including Cyril Neville, Anders Osborne, Reese Wynans (Double Trouble), Susan Cowsill, Lynwood Slim and Jumpin' Johnny Sansone. The result is a rollicking slice of Americana served up with heaping slabs of greasy New Orleans funk, gritty blues and good old fashioned rock 'n' roll.

Blues For The Southside (Live)