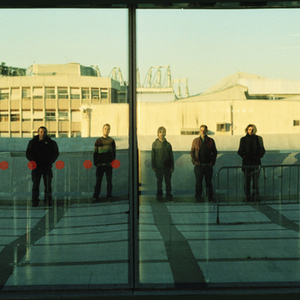 Lento is an instrumental collective based in Rome, Italy. The former members joined in 2004 as a quartet and started working out a sort of introspective and implosive approach, taking their cue from a wide range of influences including seminal bands such as Neurosis, Earth and Godspeed You! Black Emperor. After a short time break, in late 2005, Lento expanded into a five piece act, and began structuring the basement of a more elaborate mood. Incorporating elements of ambient, doom and hardcore, lento has created a perfect opposition between sludge heavy riffs and ambient psychedelic suites.

Lento's tone is a
blend of heavily down tuned guitars, apocalyptic slow tempos, systematic drones and resonant
feedbacks, their live sets alternate from hardcore assaults to intimate collapses of the signals.


SUPERNATURALS "Record one" is the first chapter of a recording project
under the wheel of Supernaturalcat records. Recorded at Locomotore Studio in Roma in only one day during March 2007 by Matteo Spinazz?, SUPERNATURALS is an improvised session between
the kings of deep noise Ufomammut and the amazing ambient post-corers Lento. A super hypnotic and telluric monster in which the two bands play around repetitive atmosphere broken by fragile openings. Four guitars, a bass, a drum kit, a microphone and synths create a monumental sound in six songs that are the prelude to the upcoming first record of Lento (Earthen - out September 2007) and the monolithic sequel of Lucifer Songs by Ufomammut.