A Storm Of Light 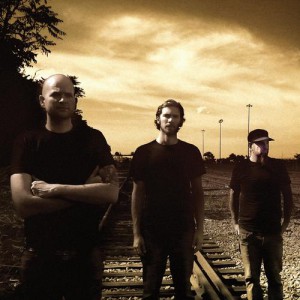 A Storm of Light is a band from Brooklyn, New York, United States which is sometimes referred to as post-metal. Critic Leech has described them as "doom metal / post-rock". A Storm of Light, was started in 2007 by Josh Graham, who has been a longtime visual collaborator of the band Neurosis. Josh left the group Red Sparowes, of which he was a founding member to focus on Storm. The end of times is a concept that's been with mankind since he first began daubing blood and ash on cave walls...

The end of times is a concept that's been with mankind since he first began daubing blood and ash on cave walls, and now Brooklyn's heaviest of hitters A Storm of Light are picking up the baton with their latest masterpiece, ?Forgive Us Our Trespasses.?

The band have already proven themselves master storytellers, their acclaimed 2008 debut ?And We Wept the Black Ocean Within? sending shockwaves through the avant metal underground with its bracken-draped tales of seafaring woe and this year's ?Primitive North? collaboration with Nadja cementing their status as leading lights in the ever-shifting realms of metal's experimental fringes.

?Forgive Us Our Trespasses? showcases a more refined sound and a significant broadening of scope, the band leading the listener on a millennial journey that sees the modest curls of smoke rising from nomadic campsites gradually replaced by the billowing smokestacks of industry before being cast down and consigned to the soil once more as the planet rouses from its aeon-long slumber.

?All you really have to do is look around you to see where things are headed,? muses guitarist, vocalist and in-house artist Josh Graham, ?the album basically charts humankind's journey toward oblivion as the planet awakens and tips the scales back in its own favour. Needless to say, the outlook for humanity in all of this isn't exactly too bright.?

When you're setting ideas like this to music, it's almost certain that the outcome's going to be heavy, but Graham makes clear that this latest opus isn't mere garden-variety post-metal. ?I think we've really managed to move above and beyond what anyone might have expected of us this time around,? he says. ?I don't think it's heavy in the ?obvious' sense, since we're not just relying on the weight of the riffs to make our mark. Instead, we're weaving all these different elements together ?til they're just about at breaking point, and that, to us, is where the real intensity lies.? It's this dense bringing together of melodies, moods and textures that lends the album its power, ensuring that while things are as heavy and cataclysmic as fans would expect, the result relies on interwoven melodies and graceful shifts in timbre for its devastating effects instead of a simpleminded stream of identikit riffs.

As ever, the confluence of influences and ideas is pooled from a wide array of sources, from Alan Weisman's ?The World Without Us? - a thought-provoking treatise on a world freed from the polluting burden of humanity - to the sense of struggle and hardship found in traditional American folk music and onto the heraldic language of national anthems. ?To me they just seemed like perfect examples of human arrogance,? says Graham of this latter source of inspiration. ?When you really start examining the words in detail, the possessive language and sheer sense of entitlement just about blows your mind.?

The quartet - comprising Graham, Domenic Seita, Andy Rice and Joel Hamilton - are joined by a host of carefully-chosen collaborators that sees the trio's roiling turbulence complemented by the sombre tones of vocalist and ?Primitive North? collaborator Nerissa Campbell, the unique talents of Jarboe (Swans, World of Skin, J2), the otherworldly spoken word segues of singer, poet and author Lydia Lunch and the mournful strings of Carla Kihlstedt (The Book of Knots, Sleepytime Gorilla Museum) and Marika Hughes.

The results are as startlingly grand and climactic as the story they seek to tell, a churning clamour of bruise-blue guitar chords and subtle synth swells, rumbling bass notes and gossamer cello motifs all woven carefully around Graham's harrowed cry as the band evoke mankind's tireless trudge toward oblivion.

Equal parts funerary lament and celebration, ?Forgive Us Our Trespasses? represents a series of brutal acts of beauty that surge and combine to announce a great sweeping aside, a reclamation of all that is lost before the tides calm, the land settles and the long, peaceful period of healing and rebirth may begin, a sense of quiet triumph descending upon the shattered, empty cities that must now simply lie and wait while the sun slowly gutters out and all is once again cold and dark and still.

A Storm of Light is:

As The Valley Of Death Becomes Us, Our Silver Memories Fade

Forgive Us Our Trespasses

And We Wept The Black Ocean Within