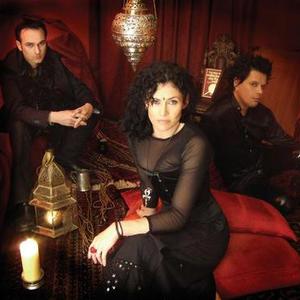 Inkubus Sukkubus are a British pagan gothic rock band who have been releasing albums and touring since their formation in Cheltenham, UK in 1989 as Belas Knapp. The group quickly became a pagan-oriented ensemble, Children of the Moon, under which name they released their first single and an album, both entitled "Beltaine". The band's present name was adopted in 1991, but spelt Incubus Succubus until 1995.

After a turbulent few first years (at one point the band almost split up, leaving only Candia Ridley and Tony McKormack working together on the band as a studio project), they signed to Pagan Records in late 1993 releasing Belladonna, Aconite and Wytches on Pagan Records before moving to Resurrection Records in October of 1995. In the spring of that year they changed their name to "Inkubus Sukkubus", citing numerological reasons, and changed their line-up order significantly, adopting the use of a drum machine with some additional support by a bodhran instead of a dedicated human drummer, with Adam Henderson moving back to bass, the position he had originally held in the band.

The group surfaced into the mainstream several times (with the song Beltaine receiving Radio 1 airtime and with several TV appearances under their belt. This is despite their lyrical themes and beliefs: Inkubus Sukkubus are known for their supernatural themes: songs about demons, vampires, faeries and so on. They have begun experimenting with unconventional instruments such as dulcimers and more challenging song structures.

In 2010 the band was joined again by Bob Gardener on bass guitar.

Inkubus Sukkubus have recently recorded their latest album "The Dark Goddess", available exclusively from their website, until its official release February 2, 2011.

Tony McKormack also formed, and was guitarist in the seminal Death Rock/Horror Punk Band Screaming Dead in 1979. He later formed Vampire Division as a side project to Inkubus Sukkubus.

The Beast With Two Backs