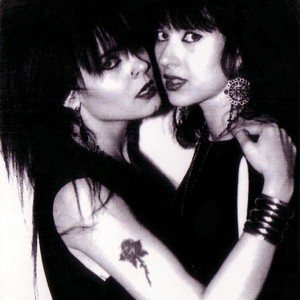 Two Witches (originally called Noidat) is a Gothic rock band from Finland, formed in 1987 by Anne Nurmi & Jyrki Witch. In 1988 the band started to write songs and sing in English and changed their name from Noidat to Two Witches. The band's first release, 7" single Pimeyden Jousi came out in October from their own label called Darklands Records. After many different line-up's, Anne & Jyrki finally found Nauku & Toby. In 1992 their debut CD Agony of the Undead Vampire Part 2 came out via

Darklands. In October Anne, Jyrki, Nauku and Toby went to Germany for the "Undead Vampire" tour and they signed a recording deal with a German label called Talitha Records, a division on Music Research GMBH. In 1993 the first German release, The Vampire's Kiss, came out in September via Talitha Records. Later the same year it was also re-released (with a new layout) by Cleopatra Records in USA. The band won the title "The best band of the year" by City Magazine, Finland. In same month came out third Two Witches CD called Phaeriemagick and the band started another European tour under same name. After the tour Anne left the band and joined German band Lacrimosa. Toby guested a German band Love Like Blood for their "European Odyssee" tour from March to May as their guitarist, and Jyrki toured with another German band Sepulcrum Mentis in July singing Two Witches songs. Nauku replaced Anne as a keyboardist. After some line-up changes a new drummer Pave and a new bass player Linde were found. Bloody Kisses was the first release by the new line-up and it came out via Talitha at September of 1994. In 1998 the band went to a studio for recording the new album. After the first studio session Nauku and Toby left the band. In 1999 Nightbreed Recordings released Eternal Passion and Two Witches toured again in England and Finland.