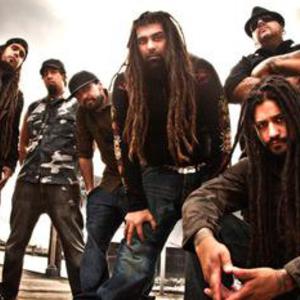 Ill Ni?o is a band from New Jersey. The band was founded in 1998, they had released a demo EP in that same year with Jorge Rosado on vocals and Cristian Machado playing bass. The EP was entitled El Ni?o, when they were originally called El Ni?o, after the weather phenomenon. It wasn't until 1999 that they had officially formalized. After Rosado's return to his band Merauder, the band held auditions for a new vocalist, but ultimately decided that the best decision was for Cristian Machado to step up to vocals.

El Ni?o, recently having changed their name because it was already being used by another band, then released another demo EP in 2000, the first that was readily available to the public, and they signed with Roadrunner Records shortly thereafter.

They released their debut album, Revolution Revoluci?n, on September 18, 2001. In support of the album's release, the band was part of the Ozzfest and J?germeister tours in 2002. The album's single, "What Comes Around," also received significant airplay on MTV2 in late 2001. In early 2003, right before Ill Ni?o was set to record the follow-up to Revolution Revoluci?n, guitarist Marc Rizzo and percussionist Roger Vasquez left the band, due to personal conflicts and the desire to pursue different projects. Rizzo stayed aboard long enough to record the guitars for the new album, and they got percussionist Danny Couto to replace Roger Vasquez for the recording. Shortly before the release of Confession, the band hired Ahrue Luster, formerly of Machine Head, to fill the vacant guitar spot.

Ill Ni?o's follow-up effort, Confession, was released on September 30, 2003. The album debuted at #37 on the Billboard 200 charts. The lead single, "How Can I Live," featured on the Freddy vs. Jason soundtrack, and was subsequently their first single to break into the Billboard charts, peaking at #26 on the mainstream rock charts. The album had sold more than 110,000 copies in the US within its first five months of release and is considered by some to be Ill Ni?o's best album so far.

The band's third effort, One Nation Underground, was released on September 27, 2005. The album debuted at #101 on the Billboard 200 charts, and struggled to sell as well as its predecessor Confession. The band announced they had parted ways with Roadrunner Records on July 15, 2006.

Nine days later, it was announced that Ill Ni?o had signed new deal with the recently formed Cement Shoes Records. Drummer Dave Chavarri stated that their split from Roadrunner was "amicable" but felt that they weren't getting the proper attention and support from Roadrunner they had received on their past two releases. Somewhere in this time period, for reasons unknown, the band parted ways with guitarist Jardel Paisante, and replaced him with Diego Verduzco.

Roadrunner Records released The Best of Ill Ni?o on September 29, 2006. The album features 13 tracks from their three Roadrunner releases. However, it was only issued in the US.

As a lead-up to their Cement Shoes debut, the band released the five-track EP The Under Cover Sessions on November 7, 2006. Three cover versions were recorded, which included Faith No More's "Zombie Eaters," Nirvana's "Territorial Pissings," and Peter Gabriel's "Red Rain." Two new tracks, "Arrastra" and "Reservation for Two," were also included. 1,300 copies were sold in its first week of release.

The band's fourth full-length album, Enigma, was due for release on October 9, 2007, but was pushed back several times, eventually being released on March 11, 2008.

The Under Cover Sessions (EP)

The Best Of Ill Nino