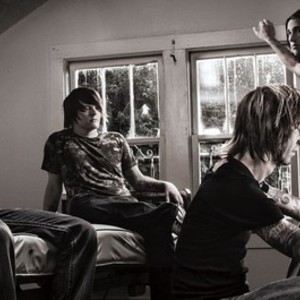 Disciple is a hard rock/heavy metal Christian outfit formed in 1992 by high-school friends Kevin Young, Brad Noah, and Tim Barrett. The band released their first CD, What Was I Thinking? in 1996. Even without a hit single, Disciple was able to gain the attention of Warner Resound who later produced Disciple's following release. In 1997, Disciple released the five-song EP, My Daddy Can Whip Your Daddy.

In 1997, Disciple released the five-song EP, My Daddy Can Whip Your Daddy. The band started gathering a solid fan base, and in 1999, they were signed by Rugged Records and released their second full-length album, This Might Sting a Little. This album garnered them their first hit single with "I Just Know".

In 2000, the band released their third album titled By God which went on to win the Inspirational Life Award in 2001. In the meantime, they had six number one hits, and four Dove Award nominations.

After some problems with Rugged Records, they went on and started their own label: Slain Records. In 2003, they released Back Again. Back Again is widely considered Disciple's hardest album.

Disciple signed with Christian rock label SRE Recordings and released their sixth recording, self-titled Disciple in 2005. This album featured "Into Black," their biggest hit single yet, and has been classified by the band as their first progressive project.

On November 7th, 2006, Disciple released their seventh recording entitled Scars Remain. This album combined their progressive sound from their previous self-titled release with their signature heavy metal sound of their previous releases. Many fans agree this is the best stuff Disciple has released yet and they are eagerly awaiting to hear what else Disciple has in store for them in the near future.

The song "Game On" from this album was used for numerous television showings and commercials. These include the official theme song for WWE Cyber Sunday 2006, ESPN's NFL Live on November 1st and 2nd during the plays of the month, during Fox Sport's The Best Damn Sports Show Period, the NFL Network's Total Access show, Speed TV's Speed Report, and as background music for CBS' CSI:Miami and Criminal Minds commercials.

Disciple has finished working on their music videos for "Scars Remain" and "After The World".

The beginning of 2008 saw the departure of long-time guitarist and founding member Brad Noah and bassist Joey Fife. Taking their places are Micah Sannan (formerly of Falling Up) on guitar, Israel Beechy (formerly of Staple) on bass, and Andrew Welch (formerly of After Eight) on guitar. The now five-piece will be writing and recording a new album sometime in 2008.

Southern Hospitality was their eighth album, released October 21, 2008. The album debuted at #98 on the Billboard 200. "321" and "Whatever Reason" were both released as radio singles.

Their ninth studio album, Horseshoes and Handgrenades, was announced on April 28, 2010 and was released September 14. They received some mild airplay with the album's lead single "Dear X (You Don't Own Me)". The band afterward toured with Thousand Foot Krutch, RED and Brian "Head" Welch. They announced near the end of 2010 that they would re-release "Dear X" with Howard Benson.

They are currently in the studio (between tours) recording for their 10th album due to be released late 2012 titled "O God Save Us All."

O God Save Us All