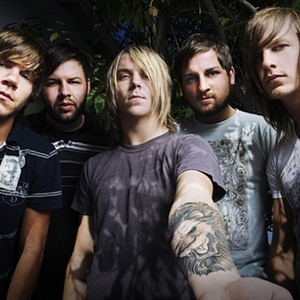 Ivoryline formed in 2003 under the name Dead End Driveway, releasing an EP and an album under this name before changing the name to Ivoryline in 2005. Soon after the name change, the band was selected to play at the 2006 Vans Warped Tour. While on the tour, they were scouted by Tooth & Nail Records, who signed them in 2007 and released their debut full-length, There Came a Lion, in February 2008. The album hit #25 on the Billboard Top Christian Albums chart and #15 on the Top Heatseekers Chart.

The group toured with Automatic Loveletter in July 2008,in the fall they toured with Family Force Five and The Maine, then embarked on their first headlining tour (entitled "There Came a Tour") with There For Tomorrow, In:Aviate, and The Lives of Famous Men. The band is currently a four-piece and working on new material.

In February of 2009, they premiered their music video for "Days End" on AbsolutePunk.net -- the video, filmed in mid-2008, includes their former guitarist and then was featured on the Summer Bailout tour with Emery, Maylene and the sons of disaster, Closure in Moscow and Secret & Whisper then finished out the year on the Vans Warped Tour.

During July & August of this year they toured alongside Dance Gavin Dance, Silverstein, and Emery on the Scream it Like You Mean It Tour. Ivoryline is currently on Creation Fest the Tour 2010 with Thousand Foot Krutch and Disciple.

The newest album is entitled "Vessels" and was released July 27th.

Passion and intensity have become the buzzwords of an industry in which myopic self pity has become its own brand of conformity. Enter Ivoryline, a band's whose spiritual integrity bypasses musical wallowing and goes straight for the mainline of your emotional jugular with intensely personal lyrics and dense blasts of guitars. There is no ?wink? from Ivoryline informing the listener they are steeped in the apathetic irony governing the charts; at long last a band has arrived that has the guts and the talent to enter a brave new world of sincerity. Ivoryline just gives you life, yours and theirs as a package. Singing their songs feels less like a drug and more like a journey into your own heart of darkness where you may ride their lyrical insights to new levels of self actualization.

How is it that these five boys from Tyler are able to bring the sophistication without being weighed down by the trappings of pseudo-intellectualism into a pompous self congratulatory excess? The answer is lucid and elegant, like the rock they make. They did it the old fashioned way, making music for the sake of music....not to get girls, not to be stars, but for a love of music. The Ivoryline Highway was constructed from an authentic love of music and listening to their songs makes you wonder where the notes begin and the cells of their bodies end.

The band members' shared tastes brought them together to explore new territory while their roots remained firmly planted in the roots of rock-n-roll. The music they made stuck to them like an electrical shock and soon what started out as a few shows and penning some songs turned into a full time gig. They knew they were onto something when they were hand selected for the Vans Warped Tour in 2006. The storm grew stronger when the boys caught the ear of executives at mini-major Tooth and Nail Records, who had the foresight or the luck to be the company who can say they discovered Ivoryline. Crowds grew from a few dozen to a few hundred and sometimes into the thousands and a legend was born. As the crowds grew so did the feverish fervency of the fans. The fact that Ivoryline composes songs as a unit is somehow transferred to their audience, and when they perform live one is struck by the intense duality of the many becoming one voice, an audience so bound to the music it is as if they are its author. Make no mistake, it is the Ivoryline fans that own these songs. With hands raised and eyes closed the crowd becomes charged with electricity, light traveling in particles and waves through the room and materializing through the vocal chords of hundreds of fans. This is the foundation of Ivoryline's allure. You, the fans, are their song.

There Came A Lion

There Came A Lion (EP)