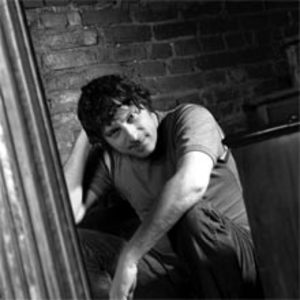 "I was suckin' honey, everything was funny, throwin' all my money around, everything in reach, every little piece, I was pickin myself off the ground," sings Ben Arnold on the unapologetically infectious opening track "Suckin' Honey" from his forthcoming new album, Nevermind My Blues. It's a simple enough lyric on the surface, but the true genius in Ben's songwriting resides within the twist of fate for the protagonist.

Time and again, Ben reaches across that intangible divide between artist and audience to make a connection, comforting listeners with the knowledge that they're not alone in their trials and tribulations. By verse three, Ben finds himself: "Sucker punched and beaten, trampled and defeated, never saw it comin' my way, bumped and bruised and bleedin', I was barely breathin', screamin' out with nothin' to say." The resolution, and quite possibly the album's underlying theme, however, is found in the song's confectionary sweet refrain: "But the world keeps turnin' and the sun keeps burnin' strong, and the moon keeps glowin' and the wind keeps blowin' along." No matter how tough the breaks, Ben Arnold finds a way to step back and put life into proper perspective. It makes for the kind of universal songs that are as spiritually substantial as their hooks are relentless; akin to those that once found life atop the pop charts by the likes of Cat Stevens, Randy Newman, Graham Parker, Warren Zevon and more recently David Gray.

"I've been writing music in one way or another for my entire life. Lately, I've been collaborating on songs with other people, doing session work & indy film soundtracks as well as other less ego centric band projects,? says Ben. ?I hear what's ?out there' and it's still the same time worn themes of love, lost love and politics we've all been singing for centuries. At this point, it's the craft and the twisting of those themes that interests me the most."

From big budget major label record deals to self-financed recordings, Philadelphia-based singer-songwriter Ben Arnold has seen both sides of the proverbial coin. It's a journey that has no doubt informed his songwriting. But despite the highs and lows, Ben finds himself exactly where he's meant to be in his career, a self-sustaining artist composing his finest songs to date, playing to a loyal, ever-expanding audience and on the verge of releasing a new album that is yet another benchmark in his steadily growing discography. Becoming the first singer-songwriter ever signed to the groundbreaking independent record label Ropeadope, Ben Arnold will release Nevermind My Blues nationwide on October 30. The very fact that Ropeadope (a label best known for cutting edge artists like The Benevento-Russo Duo, King Britt, Sex Mob and Tin Hat) would offer a home to an artist in a genre it's never yet navigated speaks volumes about the universal appeal of Ben's artistry.

"We've never had a singer-songwriter in our nearly 10 years as a label because we never really felt that anyone had that 'Ropeadope' vibe to them," states label founder Andy Hurwitz. "But when the opportunity to sign Ben came along, we had to go for it. I've been a huge fan for years. He's easily one of my favorite contemporary living artists."

Nevermind My Blues was recorded over two and a half years at various studios in Ben Arnold's hometown of Philadelphia, as well as, at Red Star Recording in the Silverlake neighborhood of Los Angeles. Ben called upon some of his closest friends to serve as his musical supporting cast. As well as a gathering of musicians who've collectively worked with the likes of Rickie Lee Jones, Elvis Costello & The Attractions, Ryan Adams, Greg Allman and The Figgs among others.

?Historically, I've always worked with people who are not only great musicians, but who are also songwriters and artists in their own right. They always seem to have a better understanding of how to get inside the story, express its personality, and ultimately give the recordings more of a communal feel that I think gets lost in a lot of songwriter recordings.? explains Ben.

As Nevermind My Blues unfolds, Ben Arnold delves deeper into the themes first brought to life on the opening cut, "Suckin' Honey." He varies the approach from track to track by drawing upon a wellspring of stories, emotions and musical colors. Sometimes Ben's songs cut directly to the bone like that of "NOLA," his poignant ode to hurricane ravaged New Orleans through which his sublime vocal performance rings out every last bit of sadness, but ultimately leaves you with hope for the city's future. Other times, he deals with his subject through metaphor like that of the oblique, Clavinet-drenched pop funk of "Eggs": "You are the star of your drama, blame it on kharma, sound the alarm, you just keep droppin' the bomb on your brothers and sisters, sometimes a whisper's as loud as a song."

Often the magic in Ben Arnold's music is that it holds a mirror to life itself. While our spirits are lifted on the soaring, existential balladry of "Sundown," his songs can just as quickly return to the universal realities of life, such as that of ?Smile,? a eulogy to a deceased friend. In an ironic twist, perhaps the most timeless song on Nevermind My Blues is, in fact, entitled "Timeless," which ultimately refutes the very notion of the word itself. A self-described moment of "stream of consciousness" inspiration, Ben simultaneously addresses pop culture, politics, environmentalism and the creation of humanity: "Out of clay he was made in the shape of a man, then he gave up a rib, they were happy and played in the garden of Eden, but the snake in the tree lied, the apple was eaten, they died like the American dream, but that's all behind us, nothing is timeless." Despite its abstraction, the song is characterized by Ben's penchant for calling it as he sees it. "Heaven Next Time" brings the album home with a joyfully sanctified gospel shout that glimpses optimism among hard-to-swallow truths by shear force of will. It's as if Ben's reminding us all, including himself, that the light at the end of the tunnel is there for the taking, but only if we demand it of ourselves.

"I think the song Nevermind My Blues sums up the lyrical feel I wanted to convey throughout this whole record. I wanted it to be accessible but not confessional and whiney. I tried to achieve a hopeful and positive tone in both the music as well as the lyrics,? Ben concludes. ?Because I was co-producing my own record for the first time, I made every attempt to honor some of my influences where in the past I would have passed over a change or a phrase that was really fun or cool just because it may have reminded me of something I'd heard before."
?Ben Arnold's music has been reaching people for over a decade. He first arrived on the national scene in 1995 with his high profile Ruffhouse/Columbia release, Almost Speechless. Despite rave reviews, like so many major label deals during that time, the relationship was short-lived. Ben's critically acclaimed 2000 independently released follow-up, In Case I'm Gone Tomorrow, was cited in the Top 10 Indy Releases by Performing Songwriter Magazine that year. 2004 saw the nationally released Calico on SCI Fidelity Records. The Washington Post declared: "Calico recalls Bob Dylan's hauntingly textured collaborations with Daniel Lanois, all of the songs come off without a hitch or a lull," while Paste Magazine stated: "His voice conveys a gentle, soulful growl; his lyrics are witty but not cloying; and his music draws on rock, folk, R&B and all genres in between." Since Calico's release, Ben has had five of those songs appear on the soundtrack to CBS' Joan Of Arcadia. As well, he has made live on-air appearances on such high regarded radio shows as The World Cafe, Mountain Stage, E-Town and XM Cafe.

Ben Arnold has toured throughout the United States and Europe with various line-ups both solo and with his rollicking live band. He has shared a stage with everyone from Ryan Adams, David Gray, Ben Folds and Lucinda Williams to Ron Sexsmith, Randy Newman and even a strangely magical tour in Holland with Townes Van Zandt. While maintaining a relatively low touring profile during the recording and in the build up to the release of Nevermind My Blues, Ben plans to tour extensively throughout 2007 and 2008. Look for tour dates to be announced shortly.