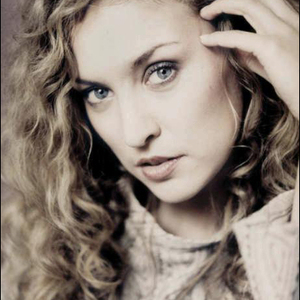 Beady Belle is a result of collaboration between Beate S. Lech and Marius Reksj&oslash; which began at the University of Oslo. As music students the two started playing together in bands such as ?InsertCoin? and Folk & R&oslash;vere, a project where Beate was the lead singer up until their third album (1999). In 1999 Beate was asked by Bugge Wesseltoft to make a record for Jazzland rec. He gave her freedom to make the record she wanted.

In 1999 Beate was asked by Bugge Wesseltoft to make a record for Jazzland rec. He gave her freedom to make the record she wanted. Beate meant that the best way to really make a record of her own was to make it completely by herself - composing, arranging, text writing, programming, recording and producing. Since she had a studio at home, she would do as much as possible there, on her own Macintosh computer.

After a while Marius contributed more to the creation of the record. Dividing up the labour, Marius took care of the groove elements and Beate was in charge of the melodies, harmonies and lyrics, with some exceptions both ways. Since the work was done in private surroundings, the record was entitled ?Home?. Most of the recordings were done in Beate's 6 meters flat in Oslo except for the strings, vibraphone and drums, which were done in Bugge's room (Bugge Wesseltoft's studio).

Because of the co-operation between Beate and Marius, the project name ?Beate S. Lech? was abandoned and ?Beady Belle? was created. Beady Belle worked solidly on this record for one and a half years.