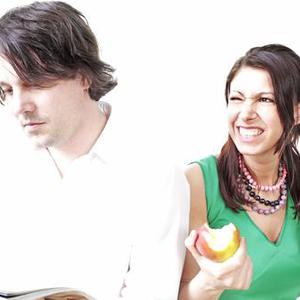 Nekta are vocalist Nathalie Sch?fer and producer Gyso Hilger. They have been friends since the days of their early childhood, affiliated by their love for beautiful music. After having recorded a CD with American Christmas songs as a nice present for family and friends, in 2001 the idea came up to write and produce own songs. After having experimented in the studio for the next couple of months loads of ideas and preferences emerged and became more precise. They work successfully, resulting in the first songs like "Wild Girls" and "Granted" soon the first demo is ready.

Patience, sensitiveness, passion for details and the love for the music led to the debut album holding thirteen catchy tunes. Four years of work were worthwile. While the Darmstadt based producer Gyso concentrated on nightlong recording session, browsing through a vast amont of records and frickeling at the computer, professional singer Nathalie created lovely and sophisticated melodies for her vocals.

The way from the studio led straight to the stage. Together with friends from the Darmstadt and Mannheim jazz scene Nekta entered the live scene, debuting at the La Java in Darmstadt in May 2005, where the duo celebrated liveliness and magic, flying safely on a sound carpet, knotted by drums, bass, keyboards and trumpet.