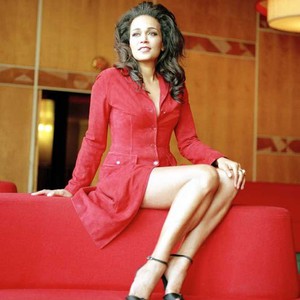 Caroline Henderson (born 28 February 1962 in Stockholm, Sweden) is a Danish-Swedish pop and jazz singer. She moved to Copenhagen from Sweden in 1983 and spent her youth singing in various jazz bands. Her breakthrough was in the late 1980s as part of pop group Ray Dee Ohh. After the group disbanded, Henderson launched a solo career with multi award-winning album Cinemataztic (1995) featuring smash hits Kiss Me Kiss Me and Made In Europe. Follow-up Metamorphing (1998), disco cover album Dolores J - The Butterfly (2000) and the more experimental Naos (2002) didn't have the same commercial impact.

A new turn saw Henderson develop into a full-fledged jazz singer on albums Don't Explain (2003), Made In Europe (2004) and Love Or Nothin' (2006). A new album awaits release in spring 2008. Henderson has also appeared as an actress in plays and films.

Keeper Of The Flame