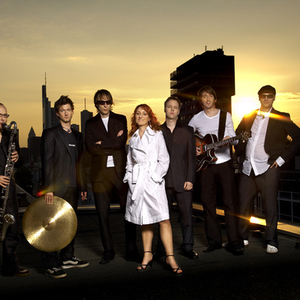 [re:jazz] is acoustic jazz with a special twist: the originals are electronic. That opens your ears, changes your listening habits and produces a certain d?ja vu. Since their debut album for INFRACom!'s 10th anniversary they achieved an excellent reputation being one of the internationally most successful German jazz acts with more than 60.000 copies sold worldwide so far. Their second album Point of View was highly acclaimed by the press and followed by a successful clubtour and invitations to internationally renowned jazz festival.

Expansion, the third album, presents a new side of the the band. Besides awsome reinterpretations [re:jazz] released their first own compositions, fitting perfeclty into their [re:jazz] style.