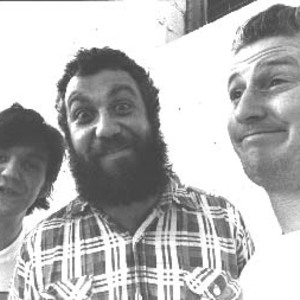 fIREHOSE is an alternative rock band which formed in 1986 in San Pedro, California, United States. The band consists of Ed Crawford (vocals, guitar), Mike Watt (bass) and George Hurley (drums). fIREHOSE was formed in the spring of 1986 shortly after the accidental death of D. Boon brought an end to Watt and Hurley's previous band, Minutemen. Crawford, a then 21-year-old Ohio State student and Minutemen fan was invited up on the roof of the Camper Van Beethoven van in Columbus, Ohio...

fIREHOSE was formed in the spring of 1986 shortly after the accidental death of D. Boon brought an end to Watt and Hurley's previous band, Minutemen. Crawford, a then 21-year-old Ohio State student and Minutemen fan was invited up on the roof of the Camper Van Beethoven van in Columbus, Ohio, where the members of Camper Van Beethoven told Crawford a false rumor that Watt and Hurley were auditioning guitarists for a new band. Crawford, having found Watt's phone number in the phone book, called him up and expressed his desire to come out to California and play with them. Still mourning the loss of his friend Boon, Watt initially was not interested and in fact had lost much of his desire to play music, however Crawford's persistence eventually paid off when he showed up unannounced in San Pedro and asked Watt for the chance to come over and play for him. Watt eventually agreed and the two met with Crawford "auditioning" for Watt by playing him The Who's, "I'm One" as well as a few Minutemen songs. Impressed with Crawford's passion and enthusiasm, Watt and Hurley agreed to give the inexperienced "kid" from Ohio a shot and the band was formed. Crawford quickly relocated to San Pedro where he became known as Ed Fromohio and spent nine months sleeping under a desk in Watt's one bedroom apartment. The name of the band was taken from a short film of Bob Dylan doing "Subterranean Homesick Blues" as Watt thought it was funny when Dylan held up a cue card for the lyric that said "firehose".

The band played their first gig in June 1986 and by the end of the year released their debut album, 'Ragin', Full On' via the independent label, SST. That same year, they also supported Sonic Youth on their "Flaming Telepaths Tour". The band quickly gained a loyal fanbase especially among the underground skateboarding crowd thanks in part to the inclusion of some of the their early material in several key skateboarding videos from the late 1980s. "Brave Captain" from Ragin', Full On, as well as "Sometimes", "Hear Me", and "Windmilling" from their sophomore release, If'n were all featured in the Santa Cruz Skateboards video series, "Streets on Fire".

Over the course of seven and a half years, the band developed their own musical identity apart from the Minutemen while still maintaining the same dynamic synthesis of punk, funk, and free jazz. They toured non-stop and consistently played to packed audiences. All in all, Firehose played 980 gigs, released five full-length albums and two EPs before disbanding in 1994. They played their final gig on February 12, 1994 at the Warner Grand Theatre in San Pedro, California.

In January 2012, it was announced that the band would perform at the Coachella Festival that April.