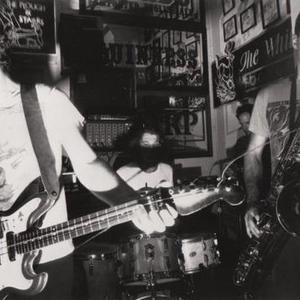 Morphine was formed in Cambridge, Massachusetts, United States in 1990 by Mark Sandman (vocals, bass) and Dana Colley (saxophone). Jerome Dupree became the group's drummer in 1991 prior to the release of their debut album, Good. "Low Rock" is Morphine's unique combination of jazz, blues and pop/rock, sung with darkly comic and ironic lyrics. Their guitarless sound relied on an unusual combination of baritone/tenor sax, percussion and a two string slide bass.

While "Good" earned the band critical notoriety and substantial underground cred, they did not -- with this release or any subsequent -- break into the mainstream. After the release of Good, the band replaced Dupree with Billy Conway, a former bandmate of Sandman. Morphine's 1992 release of Cure for Pain, promoted by heavy touring, received some mainstream positive attention, selling over 300,000 copies worldwide and spawning a chart hit in many countries with the single Buena

On July 3, 1999, Mark Sandman collapsed on stage in Palestrina, Italy, a suburb of Rome. He was pronounced dead of a heart attack at the scene. He was 46. Morphine released The Night -- arguably their best effort -- posthumously in 2000.

After Sandman's death, the remaining band members reformed and continued to record as Twinemen and later as The Ever Expanding Elastic Waste Band

In 2004, the Mark Sandman box set Sandbox was released by Hi-N-Dry, Mark Sandman's own label. It contains two CDs and a DVD of previously unreleased material spanning Sandman's musical career. The DVD features clips from early Sandman shows, interviews from the Morphine tours, and various videos from other Sandman solo and group projects, such as Treat Her Right.

"Some day there'll be a cure for pain,
And that's the day I throw my drugs away" - Mark Sandman

Links:
The Other Side - A Morphine Fanzine
Morphine at Myspace

At Your Service: Shadows CD1

At Your Service: Shade CD2