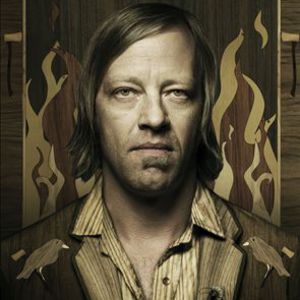 Wovenhand is a band from Denver, Colorado led by former 16 Horsepower lead singer David Eugene Edwards. Most of the studio recordings are performed by Edwards with minimal, if any, additional musicians. However, while on tour he plays with additional musicians such as Ordy Garisson, his former bassist Pascal Humbert, and European musician Peter Van Laerhoven. During a limited 2005 North American tour, Wovenhand consisted only of Edwards and a drummer.

During a limited 2005 North American tour, Wovenhand consisted only of Edwards and a drummer. Since 2006, the group has become a regular band instead of a solo project. Permanent members are Ordy Garrison (drums), Peter van Laerhoven from Belgium (guitar) and former 16 Horsepower member Pascal Humbert (bass) from France. The self-titled project was initially released on the German label Glitterhouse; it was issued in the U.S. on Sounds Familyre in early 2003.