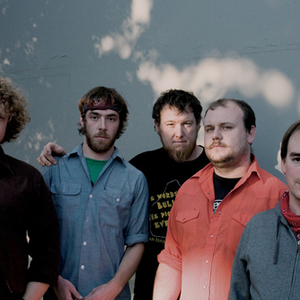 In March 2003, while on tour, Jason Molina announced that he would rename his band (Songs: Ohia) Magnolia Electric Co. This new incarnation would retain many of the original players and the stylistic direction of the album of the same name. Jason Molina would also continue to release solo work, but this time under his own name. The first such release came in January of 2004, as the full length vinyl release Pyramid Electric Co. While Magnolia Electric Co. and Pyramid Electric Co. were originally intended as a double album, the latter seems to be the stylistic polar opposite of the former.

Engineered by Mike Mogis, who also engineered Ghost Tropic, Pyramid finds Jason Molina alone at the microphone with only his voice, a piano or a guitar. Magnolia Electric Co.'s first official release was a live album called Trials and Errors, followed by a studio album titled What Comes After The Blues and an EP, Hard To Love a Man, all three released in 2005.

It is not entirely clear when Songs: Ohia became Magnolia Electric Co. In interviews, Jason Molina has claimed that he considered the tenure of Songs: Ohia over after Didn't It Rain, which would make Magnolia Electric Co. the eponymous debut album of the new band. In fact the name Songs: Ohia appears nowhere on the artwork of the album and only a promotional sticker on the cellophane wrapping connects it with the prior band name. Nevertheless, Secretly Canadian still promotes the album under the Songs: Ohia moniker. On the other hand, the Magnolia Electric Co. live album Trials and Errors was recorded on April 16, 2003 at the Ancienne Belgique club in Brussels, at a time when the band was still touring under the Songs: Ohia name. Pitchfork Media later reported that name change would be made official after the Spain tour in October 2003, although by now it seems the label espouses a name change around July 2003.

On January 13, 2006, Molina told a Chicago newspaper that he had recorded three records which were to be released within a few months. A solo record, titled Let Me Go, was recorded February 2005 in Indiana and features a return to the voice/piano/guitar style that Pyramid Electric Co. was recorded in. A Magnolia Electric Co. album, Nashville Moon, was recorded during July 2005 with Steve Albini at Electrical Audio in Chicago. Molina stated that there was a heavy atmosphere in the studio, due to the fact that three of Albini's close friends had died in a car crash. The third record to be released is a full length collaboration with Camper Van Beethoven front man David Lowery, tentatively named The Black Ram. During the sessions for the album, Molina's mother suffered a stroke, went into a coma and has been on life support since then.

In the article, Molina also commented on his determined work ethic: "Every New Year I throw out songs. I just threw out probably 20 tapes full of demos and I didn't even listen to them... Getting rid of all that old stuff really forces you to write new material."

Though officially Songs: Ohia no longer records or performs, and projects have been either marketed as Magnolia Electric Co. or Jason Molina's solo work, most fans still use the name Songs: Ohia to refer to all projects collectively.