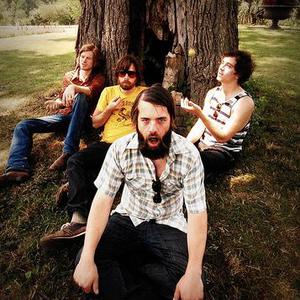 Dave Heumann lives and works in Baltimore, Maryland, USA. He has played with The Anomoanon, Bonnie &ldquo;Prince&rdquo; Billy, Cass McCombs and Papa M. Arbouretum is the first band for which he is the primary songwriter, guitarist, and singer. Heumann's idea for the band was one whose songs would evoke natural forms and movements as opposed to architectural constructions with rigid forms and linear progressions.

Heumann's idea for the band was one whose songs would evoke natural forms and movements as opposed to architectural constructions with rigid forms and linear progressions. Whilst the band's hard-to-find debut was largely an individual process with players working to articulate Heumann's vision, Rites of Uncovering is the work of a group. Long-time friend Walker David Teret is a multi-instrumentalist who had played in many of the same groups as Heumann. In those groups and in Arbouretum, he has played guitar, bass, keyboards, even the drum kit at times. Walker primarily plays the guitar in the current lineup, but plays a variety of instruments on Rites of Uncovering. Also on the album is drummer Mitchell Feldstein of Lungfish, who filled in when David Bergander (of Love Life and the Celebration) had to depart for other commitments mid-way through the recording. Bassist Corey Allender also played in bands such as STArs of the dogon, Fascist Fascist, and Cass McCombs' band before joining Arbouretum.

Let It All In

Song Of The Rose

A Gourd Of Gold (EP)

Coming Out Of The Fog

Song of the Pearl