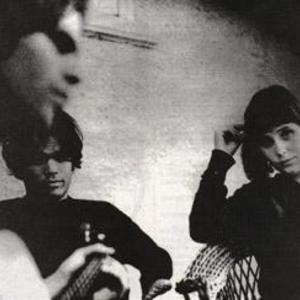 Mojave 3 are a dream pop/folk band which formed in Reading, England in 1993. The band consists of Neil Halstead (vocals, guitar), Rachel Goswell (vocals, guitar, bass), Simon Rowe (guitar), Alan Forrester (organ, vocals), and Ian McCutcheon (drums). Goswell, Halstead and McCutcheon were previously members of the shoegaze band Slowdive. The band initially existed as a trio consisting of Halstead, Goswell, and McCutcheon (hence the "3" in their name).

The band initially existed as a trio consisting of Halstead, Goswell, and McCutcheon (hence the "3" in their name). After Slowdive were dropped by Creation Records, the trio decided to change musical direction to a country rock or folk music style, and were signed by 4AD. Rowe (formerly of Chapterhouse) and Forrester joined shortly after the release of their first album.

Both Halstead (the main songwriter for the band) and Goswell have released solo albums, also for 4AD. McCutcheon founded and is currently playing with his band called The Loose Salute who are signed to Heavenly Records.

The band went on hiatus in 2008, but returned to playing live gigs in 2011, including a handful of concerts supporting Band of Horses.