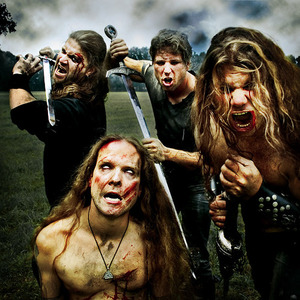 1.Wizard is a German power metal band, formed in 1989 by the drummer S?ren van Heek.

The band is often called "Germany's answer to Manowar". The lyrics are similar: which often are about battles, metal, war, steel and such subjects. (The exception is the album Odin, which is a concept album about Norse mythology). Wizard does play a little bit faster than Manowar though, and does have a high-pitched vocalist.

In 2003 longtime guitarist Michael Maass quit the band because of health problems.

In 2006 the band left the label Limb Music after four albums and joined the somewhat bigger label Massacre Records with a new album in mind to be released in January 27, 2007, titled Goochan.

In may 18th, 2007, Michael Maass returned to the band after a three-year break.

2. Wizard is a hard rock/psychedelic rock band from Florida. The group released one album, The Original Wizard, in 1971.

4. Wizard is a Japanese visual kei indies band that was formed in January 2004. In 2006, Wizard was signed to CLJ Records in Europe. Their album "Aquarius" was released all over Europe. Due to the band name was the same as other active bands from Europe, Wizard decided to promote themselves as Wizard JAPAN within the European territory. However, Wizard is still their original name in Japan and outside European territory.

Little Do They Know