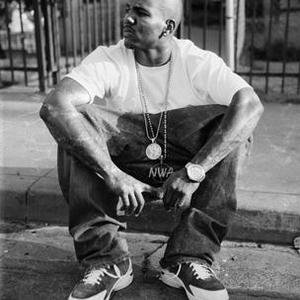 1. Jayceon Terrell Taylor (born November 29, 1979 in Compton, California, United States), better known by his stage name Game, formerly known as The Game, is an American Grammy Award winning gangsta rapper signed to Aftermath Entertainment through his own label Black Wall Street Records, with which he founded with his half brother Big Fase 100. He rose to fame in 2005 with the success of his debut album, The Documentary, and his two Grammy nominations.

Since then he has released several other critically acclaimed albums, 2006's Doctor's Advocate and 2008's LAX, which he claimed to be the final album he would release, but in mid-2009 he started recording The RED Album, which was released August 23, 2011. In the near future he also plans to focus on acting and other business ventures. All of his four albums debuted at #1 on the Billboard Top 100, and he is widely considered to be a driving force in bringing back the West Coast hip hop scene and competing with many of his East Coast counterparts.

Studying various influential rap albums, Game developed a strategy to become a rapper himself and with help from Big Fase, they founded The Black Wall Street Records. The label originally featured such artists as Glasses Malone, Vita, and Nu Jerzey Devil, along with Game himself. His stage name was coined by his grandmother. Game first gained prominence when he attended a hip-hop summit hosted by Russell Simmons and Louis Farrakhan, releasing his first mixtape You Know What It Is Vol. 1 in 2002, followed by a record deal with the independent label, Get Low Recordz owned by JT the Bigga Figga. Originally Sean Combs of Bad Boy Records was going to sign him to his label, but Game's mixtape found the attention of famed producer Dr. Dre, who signed him to Aftermath Entertainment in 2003. In October 2004, he released his first album Untold Story through Get Low Recordz, which sold over 82,000 copies within its first three months. The album featured artists like Sean T, Young Noble (of the Outlawz), and JT the Bigga Figga. Game also appeared on various mixtapes hosted by DJ's such as DJ Kayslay, DJ Whoo Kid, and DJ Clue. Game also released a second mixtape You Know What It Is Vol. 2 through his own record label and appeared on the video game NBA Live 2004 on a song produced by Fredwreck called "Can't Stop Me". On January 24th, 2011, he released a mixtape entitled, "Purp & Patron."

2. A British 60s Band formed by Terry Spencer in 1965. Head guitar: Terry Spencer Bass guitar: Allan Janaway Drums: Terry Goodsell Vocals: Tony Bird Their biggest success was their first single PlayGonna Get Me Someone from 1966. They attracted attention in 1967 with their recording of The Addicted Man which was concerned with drug-taking. The single should not be released.

3. A French new wave band from the 80's coming from the suburbs of Paris. It's line up was : Marc Dimitri (Vocals), Herv? Lorthioir (guitar), Patrick Larrieu (guitar), Jacques-Laurent Lardaud (bass), Fred?ric Rottier (Drums), Dominique Cointre (keyboards), Claire (ch). Musically it sounded similar to bands like the Sisters of Mercy or Red Lorry Yellow Lorry. They released one single ?Walk Away? on EMI France (1988) and an album titled "Under The White Bible Law" (1989).

Everybody On The Floor (CDS)