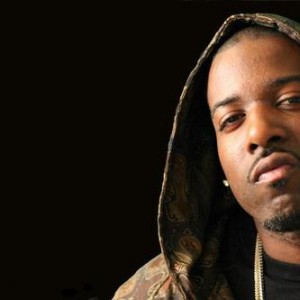 William Adams, professionally known as Willy Northpole, is an American rapper. He was discovered by 50 Cent and is now signed to Disturbing Tha Peace Records. Willy Northpole was born in Phoenix, Arizona. Along with Young Hot Rod of G-Unit and Juice of Black Wall Street, is one of the only prominent rappers out of that area. He caught the attention of 50 Cent after releasing a local diss track called "Garbage Disposal".

Willy Northpole was born in Phoenix, Arizona. Along with Young Hot Rod of G-Unit and Juice of Black Wall Street, is one of the only prominent rappers out of that area. He caught the attention of 50 Cent after releasing a local diss track called "Garbage Disposal". He was invited to 50 Cent's house after connecting with Hot Rod to meet and develop his talent. He was almost signed to G-Unit but after a small feud with a member of 50's entourage he decided to head home to Phoenix. During this time his music made its way to Disturbing Tha Peace. He was subsequently signed to Disturbing Tha Peace/Def Jam Recordings and locked in for 5 albums under DTP. Under Ludacris' guide he was given a chance to construct his own album and go in any direction he wanted to. When he isn't in the studio, Willy enjoys spending his downtime with his daughter and watching the History Channel. During Willy Northpole early career he took shots at prominent Compton, CA rapper The Game in a diss track titled "Game Diss" but later went on to collaborate with the Compton rapper on a track titled "Call Up The Homies." This track also includes rapper Ludacris. Willy Northpole has been a feature on VH1 Tough Love (season 2).

Willy Northpole released his debut album titled Tha Connect on June 23, 2009. Unfortunately, the album was not well-received and barely sold 2,500 copies in its opening week. The debut flop was blamed on poor promotion, however, Willy Northpole acknowledges the album as a "classic" and was honored as "Friend of the City" in Phoenix, Arizona just one day before the album's release. The video for "#1 Side Chick" was banned from BET due to the controversial sexual subject matter. In response to Willy Northpole's album, rapper Tajji Sharp (who has been linked with Kanye West & Kanye's Good Music imprint) released a diss track aimed towards Northpole and labelled it "The Diss-Connect." On September 4, 2009, at PHX Nightclub located in downtown Phoenix, Arizona, Willy Northpole physically assaulted rapper Tajji Sharp, after Sharp reportedly questioned the mother of Willy's daughter for personal information. Sources say the two rappers have since put their differences aside.

Willy Northpole has confirmed to have a second studio album in the works and hopes to release it within 10 months of Tha Connect. He has several songs that were too big for his debut album that will be on the album. The first single is already picked out and waiting to be released. On October 12, 2009, he stated on his Twitter that his new album will be titled "W.I.L.L.I.A.M". Brian from Day 26, Yung Joc, Jim Jones, Snoop Dogg, Maino, Keyshia Cole, Lil Scrappy, Jeremih and Ludacris will be features on the album