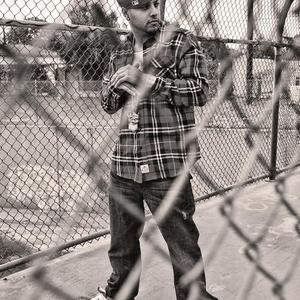 Anthony Torres (born January 10th in Bronx, New York), better known by his stage name Nu Jerzey Devil, is an American rapper, DJ and head producer for The Game's Black Wall Street label. He released his debut mixtape, From the Block to the Yacht, in 2008 and his second, Art of the Devil, in March of 2009. His debut album, Mr Red Karpet, was released in August 2009, and features the hit single Different Girls and guest appearances from Ne-Yo, Lil Wayne, Clyde Carson, Teedra Moses and Dominic.

On January 10th Anthony Torres aka "Nu Jerzey Devil" was born where his family lived on a street called Cedar Avenue, ironically, as he now resides in Compton, California on Cedar Block.

At the age of 4 his mother moved the family, consisting of 5 sons and 1 daughter, to New Jersey where it soon became his new hometown. Being
the youngest of the 5 brothers and sister, he followed in the path of his brothers who were heavy into the rap life.

At the age of 7 Nu Jerzey Devil began rapping and knew he was destined to be in the music game. At the age of 18 he traded a friend a .45 calliber gun for a DJ set up. After rapping over others' beats Nu Jerzey Devil bought himself a Dr. Rhythum beat machine & a Yamaha DJX keyboard and started making his own beats. About 2 years later after supplying the whole hood with beats he received a 2way email from Rodney "Darkchild" Jerkins of Darkchild Productions. Rodney, impressed by what he heard in Nu Jerzey Devil's music initiated a few meetings in Miami where they worked on a few projects. As soon as Nu Jerzey Devil got back he became a part of the Darkchild team. From that point they scored the movie "Honey" and laced the soundtrack. Since that went well, the two moved out to L.A. to work on "My Baby's Daddy". In the midst of working, Rodney told Nu Jerzey Devil he was beyond impressed. Phat Rat who has joined the Darkchild team was close with Game and was able to link the two in the studio to record. Their first recording was "The Black Wall Street Anthem" most notable on The Black Wallstreet's Official Website's intro page. After that initial recording, the two continued to record numerous songs as their chemistry between beats and rhymes grew.