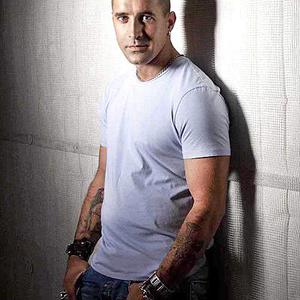 Scott Alan Stapp (born August 8, 1973) is an American singer and songwriter best known as the lead singer of the band Creed. Stapp was born Anthony Scott Flippen on August 8, 1973 in Cherokee, North Carolina, to his mother Lynda and his biological father, about whom little is known. He was adopted by Steven Stapp, a dentist, when he married Scott's mother. After developing a friendship with guitarist Mark Tremonti, Stapp and Tremonti decided to form a band. After recruiting Brian Marshall and Scott Phillips, Creed was formed in 1995.

After developing a friendship with guitarist Mark Tremonti, Stapp and Tremonti decided to form a band. After recruiting Brian Marshall and Scott Phillips, Creed was formed in 1995. Creed went on to sell three multi-platinum albums and became one of the most successful rock bands of the late 1990s and early 2000s. In 2004, Creed officially announced its break-up and Stapp began working on his debut solo album, The Great Divide, which was released in 2005. The other members of Creed went on to form Alter Bridge with former Mayfield Four vocalist Myles Kennedy.

During interviews before the reunion, Stapp did not discuss Creed, his relationships with the members of the band, or the meanings of his lyrics, preferring instead to let the lyrics speak for themselves. He has told the press that he is a Christian.

Stapp cites The Doors, particularly Jim Morrison, as one of his principal musical influences, and performed with the surviving members of the band for a televised concert in 1999, as well as the Stoned Immaculate: The Music of the Doors tribute album. On VH1's Behind the Music special on Creed, Ray Manzarek of The Doors said, "When you hear Scott Stapp singing, it's kind of shocking 'cause it sounds so much like Jim."

After months of rumors about a Creed reunion, confirmation was given on the official Creed website on April 27, 2009. The band toured from August 6, 2009 to October 20, 2009 on a Reunion tour and released their new album, Full Circle on October 27th, 2009, their first album in 8 years. The Great Divide was released in the U.S. on November 22, 2005, peaking at #19 on Billboard's Top 200 chart. However, due to certain controversies in Stapp's private life and overall mixed reviews of the album, it has sold poorly compared with the amount sold during his time with Creed, although it was certified platinum in December 2007.[2] His backing band for the record and live shows since has consisted of Aristides Rincon and John Curry on guitars, Mitch Burman on bass, and Mark Archer on drums. They are all members of the band Goneblind.

Plans for a feature-length documentary about Scott Stapp are in the works to go along with his upcoming second solo album.[3]

In April 2008, Scott Stapp uploaded a cover of U2's "Running to Stand Still" on MySpace.

On August 8, 2008, Scott posted an acoustic version of "Broken" which was on his previous record.

Originally, his new album was due on the second quarter of 2009.[4] However, because of the Creed reunion, the album has been put on indefinite hiatus.

The Space Between The Shadows