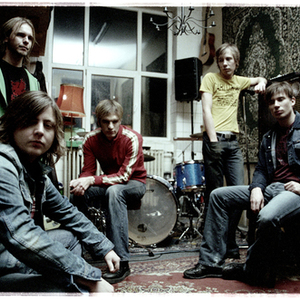 Saybia is a Danish rockband that formed in Nyborg, Denmark in 1993. They released three EPs before signing to EMI in the spring of 2001, after which they started working on their debut album The Second You Sleep. When this album was finished, the band started touring through Europe. In 2003, the band was about to break up. After recognizing this, the five bandmembers bought an old house on a Swedish island, renovated it and turned it into a studio. Saybia spent months on this island and wrote and recorded a lot of songs for These Are the Days, which was released in 2004.

In 2007 they performed "Eyes on the highway" with their new album on studio with the first single "Angel" recorded in their own place first time for months. The band split up and played their last gig at 6 november 2008 at Pumpehuset.

Saybia is a nameplay on the cymbal manufacturer "Sabian", which is Palle's brand of choice.

No Sound From The Outside

Eyes On The Highway

These Are The Days

In Spite Of (CDS)

The Second You Sleep